THIENSVILLE, Wis. (CBS 58) --- A kayaker and a goose were rescued in the Milwaukee River in Thiensville after the individual tried to help free the bird stuck in ice Saturday morning, Feb. 13.

Once in shore, officials say the individual stated they had gone into the river to assist a goose that had become trapped in the 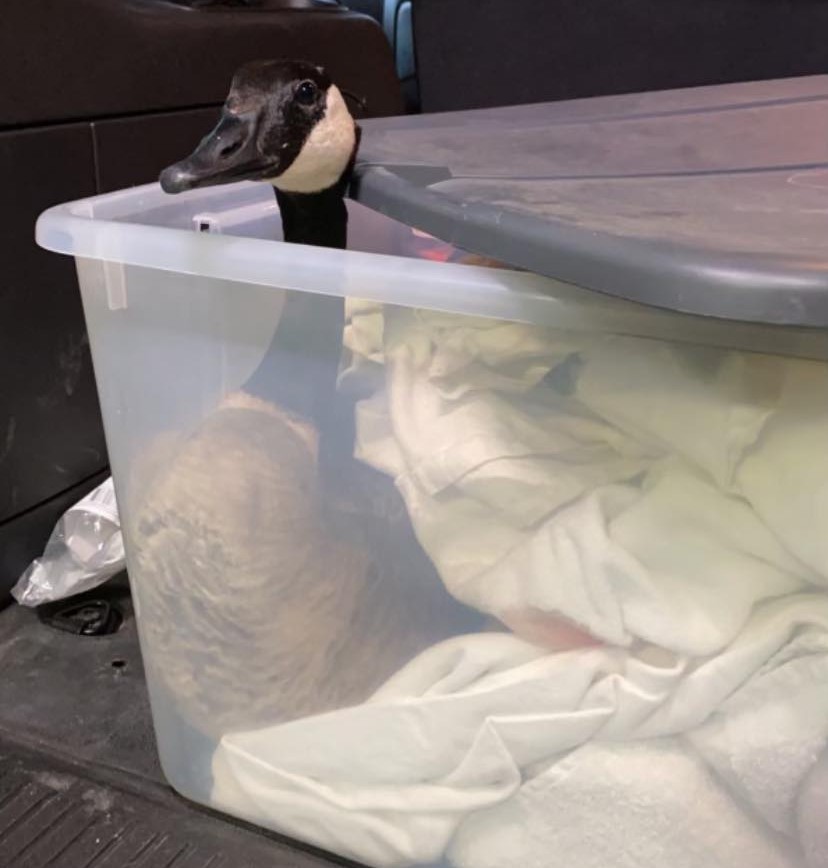 The individual stated they had become frustrated trying to get others to help the goose and none had responded.

MFD and TFD members then re-entered the river to rescue the goose.

According to officials, the goose needed to be chopped out of the ice and had suffered significant injuries prior to being rescued.

The Wisconsin Humane Society wildlife division agreed to assume care of the goose.

The goose is already famous with community members in Thiensville. Prior to the incident, the goose was named Clayton by residents.

"Clayton" was transported to the Wisconsin Humane Society by fire officials. Officials say the center works to alleviate animal suffering and provide medical care for wild animals with the intent to rehabilitate and release them back into the wild.

"An initial evaluation revealed that the goose was terribly emaciated and has a significant and traumatic wing injury," Speed said. "The goose is currently in critical condition."

A veterinarian specializing in wildlife is examining the goose early this week for further recommendations.

"We appreciate everyone's compassion for the goose and outpouring of support, and extend our heartfelt thanks to the Mequon and Thiensville Police Departments for their emergency response," Speed said.

Community members who wish to donate to the recovery of Clayton the goose can click here.

Officials urge the public to not take matters into your own hands and put yourself at risk if you see a domestic or wild animal in distress. Instead, they ask the public to contact your local emergency service providers.

"This incident had a positive outcome for all involved, but it had the potential to be life threatening for community members and our volunteer responders," the Mequon Fire Department said on Facebook.