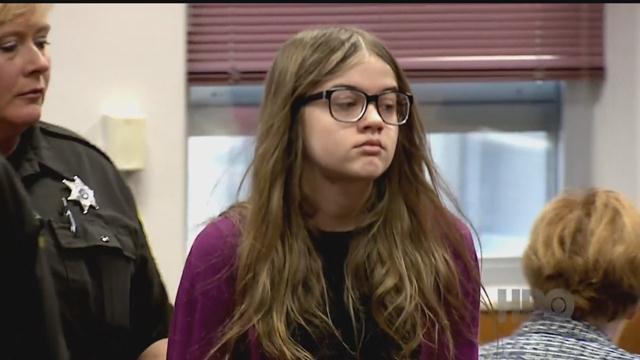 One of the two Waukesha girls accused of trying to stab their classmate to please a fictional online character known as "Slender Man” appeared in court this morning for an evidentiary hearing.
The attorneys for both girls also asked to have separate trials.

It’s official both Morgan Geyser and Anissa Weier will be tried separately.

This morning Morgan Geyser and her attorneys were in court.

A competency report was received by the court and was sealed with the stipulation that the defendants would be tried separately.
As part of this morning’s hearing, we heard from former Waukesha County Sheriff Deputy Paul Rinkas.

He arrested Geyser after finding her and Weier at the edge of a forest line back in 2014.
Rinkas said he read geyser her Miranda rights and she agreed to it.

That Geyser told him that she was forced to kill her best friend and made references to Slender Man.

Rinkas said he had never heard of Slender Man before that.

Testimony was given from an officer from the Waukesha Police Department who questioned Geyser after her arrest.
It was the first time he as well heard of Slender Man.

Both Geyser and Weier have pleaded not guilty by reason of mental disease or defect and will be tried as adults.

Geyser will be back in court on February 13 for an oral hearing.
Anissa Weier is expected to be in court on December 22.