Judge Leaving the Bench to Run Against Sheriff Clarke 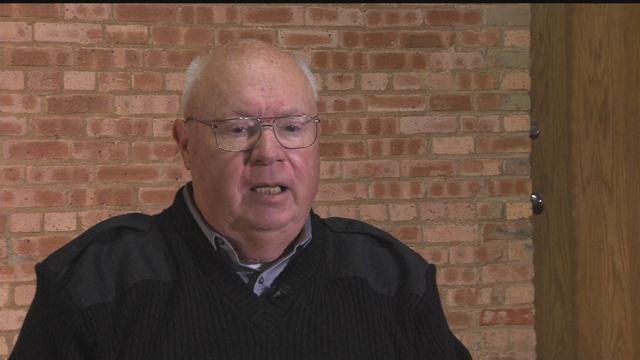 Its a story you'll only see on CB 58: a Milwaukee County circuit court judge says he's leaving the bench, preparing to run against Sheriff David Clarke.

Judge John Siefert has had many roles in Milwaukee County, serving as a municipal and circuit judge for more than 30 years, and also two terms as county treasurer.

He plans to run to get Sheriff Clarke out of office.

"It's not all cowboy hats and western boots, it's really an administrative job," said Judge Siefert.

It's a job  that Siefert says, with decades of service to Milwaukee County, including ten years as a Milwaukee police officer, he's better suited for it than the Sheriff.

"The Democrats should have someone of their party running for sheriff, not a Republican who uses the term Democrat as a label of convenience," he said.

He says the work starts with being present.

"We haven't seen much of David Clarke in the Sheriff's Department, in the safety building, or court complex for the last three months," he said.

Doubly troubling for Siefert, who believes after four deaths in 2016, the jail needs serous investigation and its leader, Clarke, is responsible.

In 2015, the Appleton Post-Cresent did a survey, showing Milwaukee attorneys ranked Siefert as one of the worst judges in the state.

But he says, that's just business, which is exactly what the Sheriff's office needs.

"You want someone who is more interested in being a work horse versus a show horse. And what we have had is certainly a sheriff in his last few months to be all boots but no cattle," said Siefert.

We reached out to the Sheriff for a response to these comments and did not hear back.