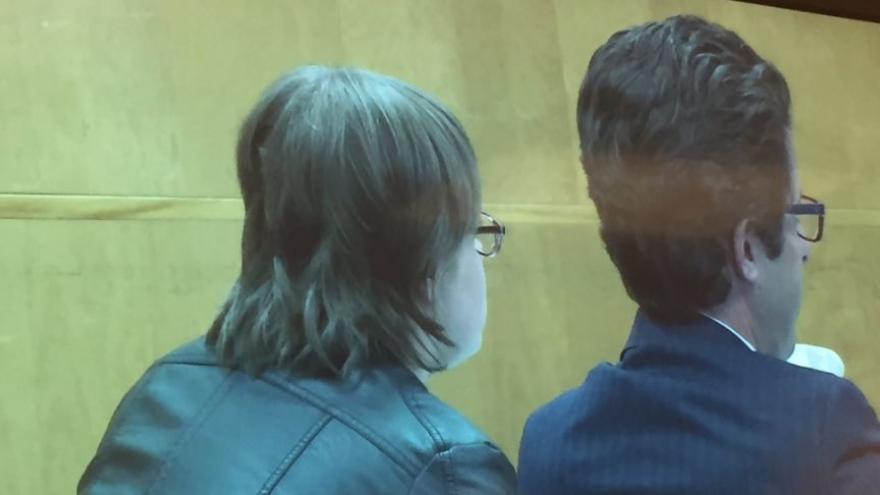 The judge accepted the 15-year-old's plea to a charge of attempted first degree intentional homicide. As part of the plea deal, the judge accepted that Geyser is not guilty by reason of insanity. The amended plea deal drops the "use of a dangerous weapon" line from the attempted homicide charge.

During the hearing, Judge Michael Bohren asked Geyser to explain what she did to her classmate. Geyser started crying and said, "I hurt Bella. I stabbed her."

The Judge read reports from multiple doctors who said Geyser was mentally ill during the crime and not responsible for her actions. The Judge agreed and found her not guilty of the crime by mental disease or defect.

Morgan Geyser told the Judge she takes five medications for her conditions which including schizophrenia and major depression.

"I know she's remorseful for what happened. I know it because she's written an apology letter to Bella and mailed it to me. In her own words unsolicited. Morgan wants very much for me to provide that letter to Bella. I'd like to do so if it's appropriate and if I'm not violating any no contact orders. It's a very powerful and sincere letter," said Geyser's attorney Anthony Cotton.

The state is asking for a maximum sentencing commitment of 40 years.

A future hearing will be held to decided length of commitment in mental facility.

The family of the victim released the following statement:

"The plea deal has the assailant pleading guilty to 1st Degree Attempted Murder. Our family considers this to be true and accurate.

"Once the jury found Anissa Weier not guilty by reason of mental disease or disorder, we felt compelled that the plea deal was the right course of action and was best for our daughter. The emotional effects of a long painful trial are simply too great a burden on our daughter and family. Further, for the safety of our daughter, our family and the community, we simply could not risk the release of Morgan Geyser.

"Though we do not believe that an institution is where these attempted murderers belong, the current legal system does not favor victims in this situation.

"We wish to thank the District Attorney and her team in their efforts.  They have assisted our family throughout the process.

"With this closure, our daughter is a heroic survivor—and no longer a victim.

"God bless everyone who stood by us during this horrific ordeal."