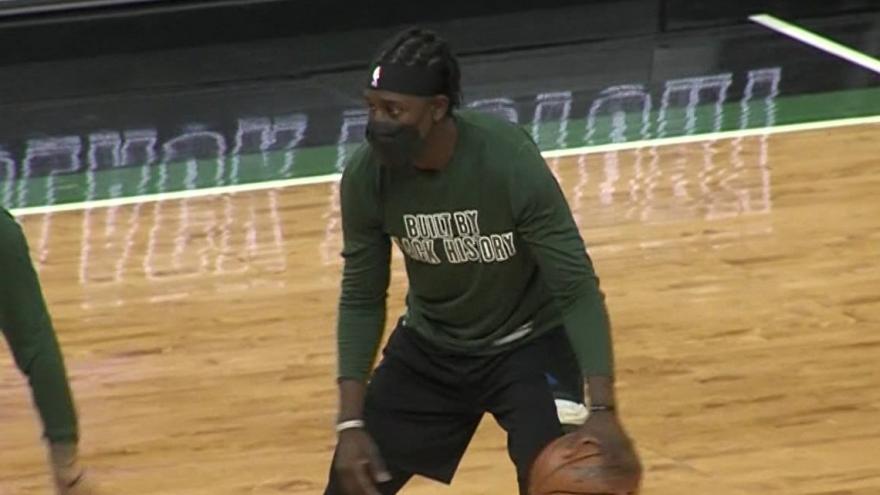 MILWAUKEE (CBS 58) -- Milwaukee Bucks guard Jrue Holiday has received the Joe Dumars Trophy as the winner of the 2020-21 NBA Sportsmanship Award, the NBA announced Friday, June 4. The annual award is designed to honor a player who best represents the ideals of sportsmanship on the court.

According to a news release, each NBA team nominated one of its players for the NBA Sportsmanship Award. From the list of 30 team nominees, a panel of league executives selected one finalist from each of the NBA’s six divisions. Current NBA players selected the winner from the list of six finalists, with nearly 350 players submitting their votes through confidential balloting conducted by the league office.

A 12-year NBA veteran, Holiday has won the NBA Sportsmanship Award for the first time. Last season, he won the 2019-20 Twyman-Stokes Teammate of the Year Award in recognition of his selfless play, on- and off-court leadership as a mentor and role model to other NBA players, and commitment and dedication to team.

Holiday, 30, was selected as an NBA All-Star in the 2012-13 season and named to the NBA All-Defensive Team in 2017-18 and 2018-19. This season, he averaged 17.7 points, 6.1 assists and 4.5 rebounds in 59 games for the Bucks, who acquired him from the New Orleans Pelicans as part of a four-team trade on Nov. 24, 2020. Holiday was a co-winner, along with Dallas Mavericks guard Josh Richardson, of the January NBA Cares Community Assist Award presented by Kaiser Permanente in recognition of his efforts to provide support for those impacted by the COVID-19 pandemic.