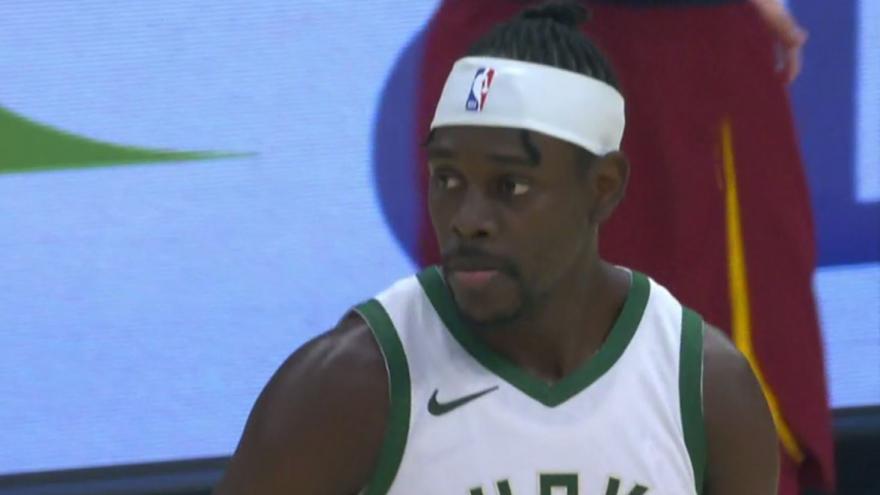 According to the NBA, the other four finalists are:  Reggie Bullock of the Dallas Mavericks,  Jaren Jackson Jr. of the Memphis Grizzlies, Karl-Anthony Towns of the Minnesota Timberwolves and Fred VanVleet of the Toronto Raptors.

The finalists represent the NBA's most impactful social justice advocates.

Holiday was chosen because of his continued support for Black-led organizations and Black-owned businesses in Milwaukee and beyond, according to the NBA.

"Through the Jrue and Lauren Holiday Social Justice Fund, Holiday has provided funding and support to minority businesses to address social and economic inequality that continues to prevent Black communities from upward mobility.  In February 2022, he and his wife launched the third round of grant funding, committing another $1 million dollars to Black-owned business and nonprofits in Milwaukee, New Orleans, Indianapolis and Los Angeles," the NBA said in a release.

The winner will receive $100,000 for their charity and the other four finalists each get $25,000 towards their cause.

Holiday has selected Urban Underground as the recipient of his donation.

The Kareem Abdul-Jabbar Social Justice Champion selection committee will choose one advocate for the final prize, and the winner will be announced on TNT during the Western Conference Finals.