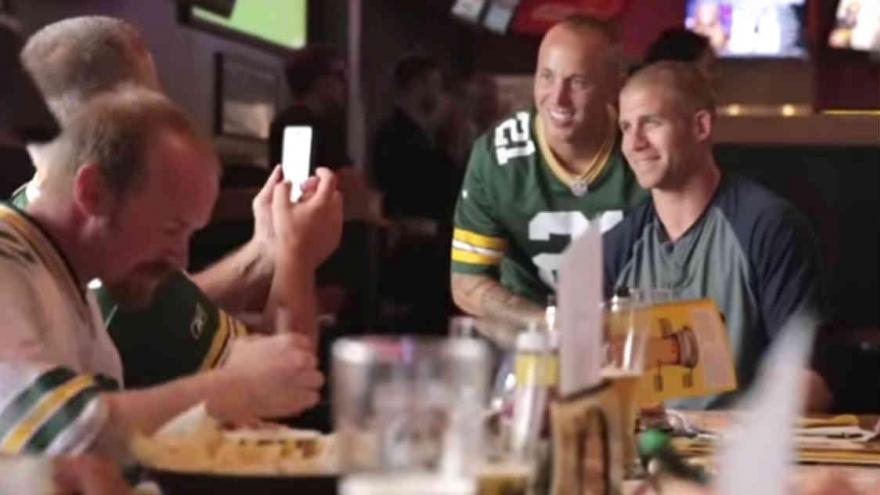 Jordy Nelson still has fantasy value in 2015.  At least that is the case for one league of lucky friends who found themselves surprised by the Packers’ wide receiver during their fantasy football draft this week at Wisconsin Buffalo Wide Wings restaurant.

Zac Casey, commissioner of his league named “A Banker’s Life,” recently booked his office draft party at the Buffalo Wild Wings in Ashwaubenon.  Zac was told that the restaurant wanted to film their draft party for a potential commercial, but they had no idea a major Packers offensive weapon would be on hand to help out.

As the draft was getting started, Zac was given a gift box that contained a special headset and on the other line was none other than Jordy Nelson. But, instead of giving advice through a headset, Jordy emerged out of the back of the restaurant to surprise the fantasy league and help Zac with his top picks.  The added pressure might have had something to do with Zac’s pick.  He took Eddie Lacy over Adrian Peterson in the first round.

Unfortunately, Nelson will have more time to fantasy football in 2015 than the real thing.  The Pro Bowl receiver injured his knee in the Packers' second preseason game.  He will miss the entire season with the injury.