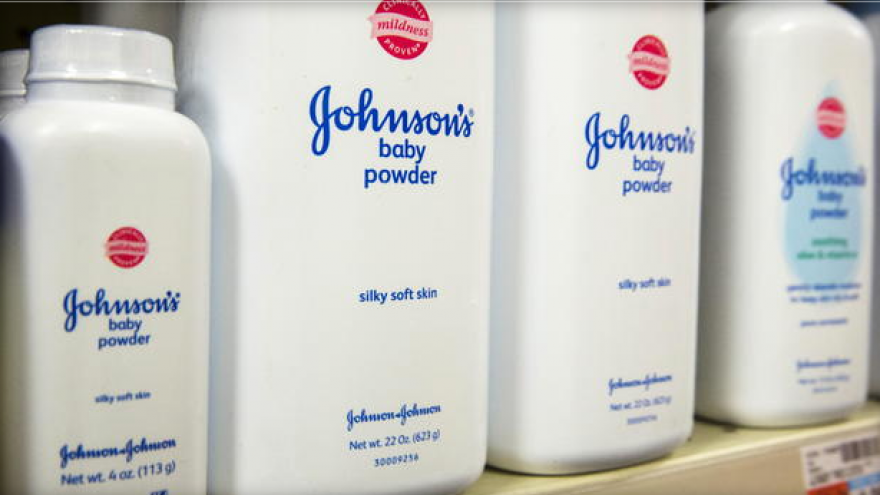 LOS ANGELES -- A Los Angeles jury has ordered Johnson & Johnson to pay $417 million in a case to a woman who claimed in a lawsuit that the talc in the company's iconic baby powder causes ovarian cancer when applied regularly for feminine hygiene.

The lawsuit was brought by a California woman, Eva Echeverria, who alleged Johnson & Johnson failed to adequately warn consumers about the potential cancer risks of talcum powder.

Echeverria developed ovarian cancer as a "proximate result of the unreasonably dangerous and defective nature of talcum powder," Echeverria said in her lawsuit.

Echeverria's attorney, Mark Robinson, said his client hoped the verdict would lead Johnson & Johnson to include additional warnings on its products.

"Mrs. Echeverria is dying from this ovarian cancer and she said to me all she wanted to do was to help the other women throughout the whole country who have ovarian cancer for using Johnson & Johnson for 20 and 30 years," Robinson said.

"She really didn't want sympathy," he added. "She just wanted to get a message out to help these other women."

Johnson & Johnson spokeswoman Carol Goodrich said in a statement that the company will appeal the jury's decision. She says while the company sympathizes with those impacted by ovarian cancer, she says science supports the safety of Johnson's baby powder.

A St. Louis, Missouri jury in May awarded $110.5 million to a Virginia woman who was diagnosed with ovarian cancer in 2012.

She had blamed her illness on her use for more than 40 years of the company's talcum powder-containing products.

Besides that case, three other jury trials in St. Louis reached similar outcomes last year -- issuing awards of $72 million, $70.1 million and $55 million, for a combined total of $307.6 million.

Goodrich said the company is preparing for additional trials in the U.S. and will continue to defend the product's safety.