John Gotti's Grandson Gets 8 Years in Prison in Drug Case 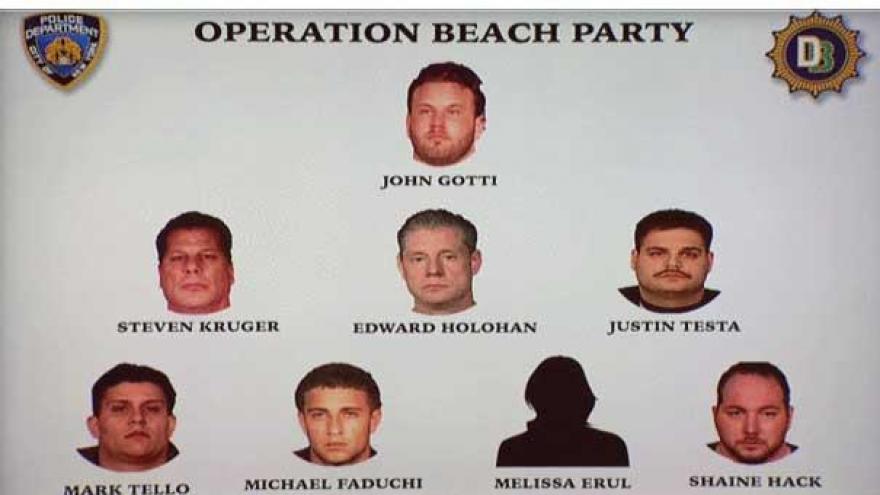 The 23-year-old Gotti was arrested in August at the Queens home where his late grandfather once lived.

Prosecutors say undercover officers bought more than $46,000 worth of oxycodone from Gotti on 11 occasions. According the the station, authorities say cases against the others arrested alongside Gotti in the bust coined “Operation Beach Party” are pending.

In a letter to the judge, Gotti expressed remorse for his actions, which he called a youthful indiscretion.

At his sentencing Thursday, Gotti’s lawyer said his client will likely be out of prison in about four years.

Gotti will also forfeit more than $250,000 in seized drug proceeds.

Gotti’s grandfather was the former boss of the Gambino crime family. He died in prison in 2002.

CBS New York reports that Gotti had a prior arrest in June 2016 after he and his friend were pulled over for excessively dark tinted car windows. Police said they discovered he was driving with a suspended license and reportedly found a Gucci bag containing Oxycontin pills, a bottle of steroids, Xanax pills, and $56,000 in cash.