Jobs most feared by Americans 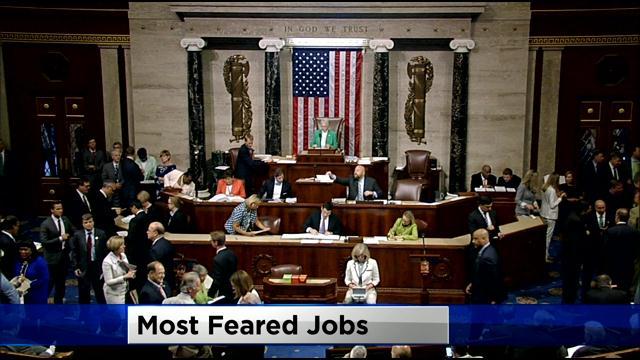 What jobs do Americans fear most?

Career-Builder says politician tops the list because of the responsibility and rejection.

Microbiologist also feared because of exposure to germs.

Kindergarten teacher because of temper tantrums.

Also making the list mortician because you see dead people and cell phone tower repair worker because it's so dangerous you could die.

The fear of public speaking put stand up comic on the list followed by parent because, like other jobs listed, the germs and temper tantrums.