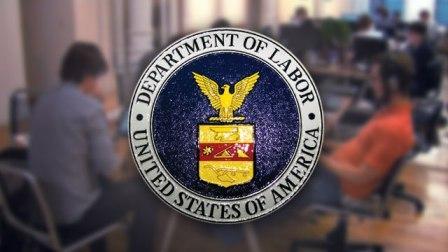 The slow economic recovery appears to be continuing. The U.S. economy added 214,000 jobs in October, bringing the national unemployment rate down to 5.8 percent. The new numbers were released Friday morning by the U.S. Department of Labor. The rate fell below 6 percent for the first time in September. These latest numbers show the economy continues to grow, but at a rate considered to be slow.

In Wisconsin, the U.S. Bureau of Labor Statistics places the Badger State's unemployment rate at 5.6 percent, just under the national average.

The numbers are slightly weaker than what analysts had predicted for October, but still represent a continuation of the steady yet slow job growth that has persisted since the economy began recovering from recession in 2009.

Despite the falling unemployment rate, Americans have not been upbeat about the nation's job situation. According to a CNN exit poll taken on Election Day, seven out of every ten voters say they are concerned about economic conditions.

Part of the reason might be that wages have largely remained stagnant. Wages are a main driver of how much people are willing to spend, which is a major driver of economic growth. The latest report shows that wage growth has been keeping steady with inflation, meaning most U.S. workers don't feel better off.