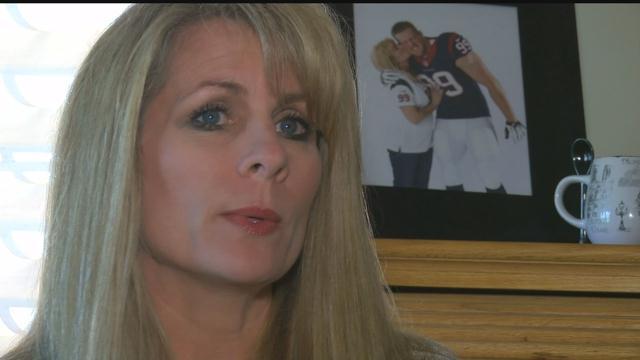 While the Pewaukee native, JJ Watt, might not be too happy about what happened on the field, CBS 58's Jacob Kittilstad tells us how he's helping middle school athletes make ends meet.

"That age, I think, is a little bit kind of like those bambi years, you know? Where they're kind of getting their feet wet on certain things,” said Connie Watt.

"We were the bulldogs for like 20 years. And the uniforms were starting to become like bad. Last year, my away jersey, the numbers fell off. So instead of number 50 I was number 5 for some of the games,” said a student at Cudahy Middle School.

Tony Verley is vice president of the Jr. Packers.

“In a non-profit situation, there is very little money. Basically, what we make, we spend,” said Verley.

Connie says since her oldest son came up with the idea as a Wisconsin Badger in 2010.

The foundation has donated more than 2.3 million dollars to more than 300 programs.

Their goal keeping kids involved and out of trouble in a way that inspired JJ when he was young.

"The kids were excited to just get the new jerseys, get the new helmets, the new colors that we went with. But once they heard it was JJ Watt I think it just went above and beyond what anyone could have expected,” said Verley.

The Justin J. Watt Foundation keeps growing and it's also big down in Texas.

Any middle school program in any state can apply.