NOW: Jill Biden attends ’Get Out The Vote’ events in Madison and Waukesha County

MADISON, Wis. (CBS 58) – In a pair of campaign stops, Former Second Lady Dr. Jill Biden was tasked with building enthusiasm among supporters in liberal strongholds in the state while also bridging gaps with moderates and independents in regions traditionally dominated by conservatives.

Jill Biden’s first stop was in Madison where she held an event focused on voting options for people in the state.

“We feel the chaos of Donald Trump’s America and the uncertainty,” Biden said. “And it is easy to watch what is happening and feel discouraged, but right now we don’t have to watch what happens, we have to decide what happens.”

Madison and Dane County are reliably liberal areas of the state but underperforming there could be costly for the Biden campaign.

Early signs, however, show enthusiasm strong in the region. 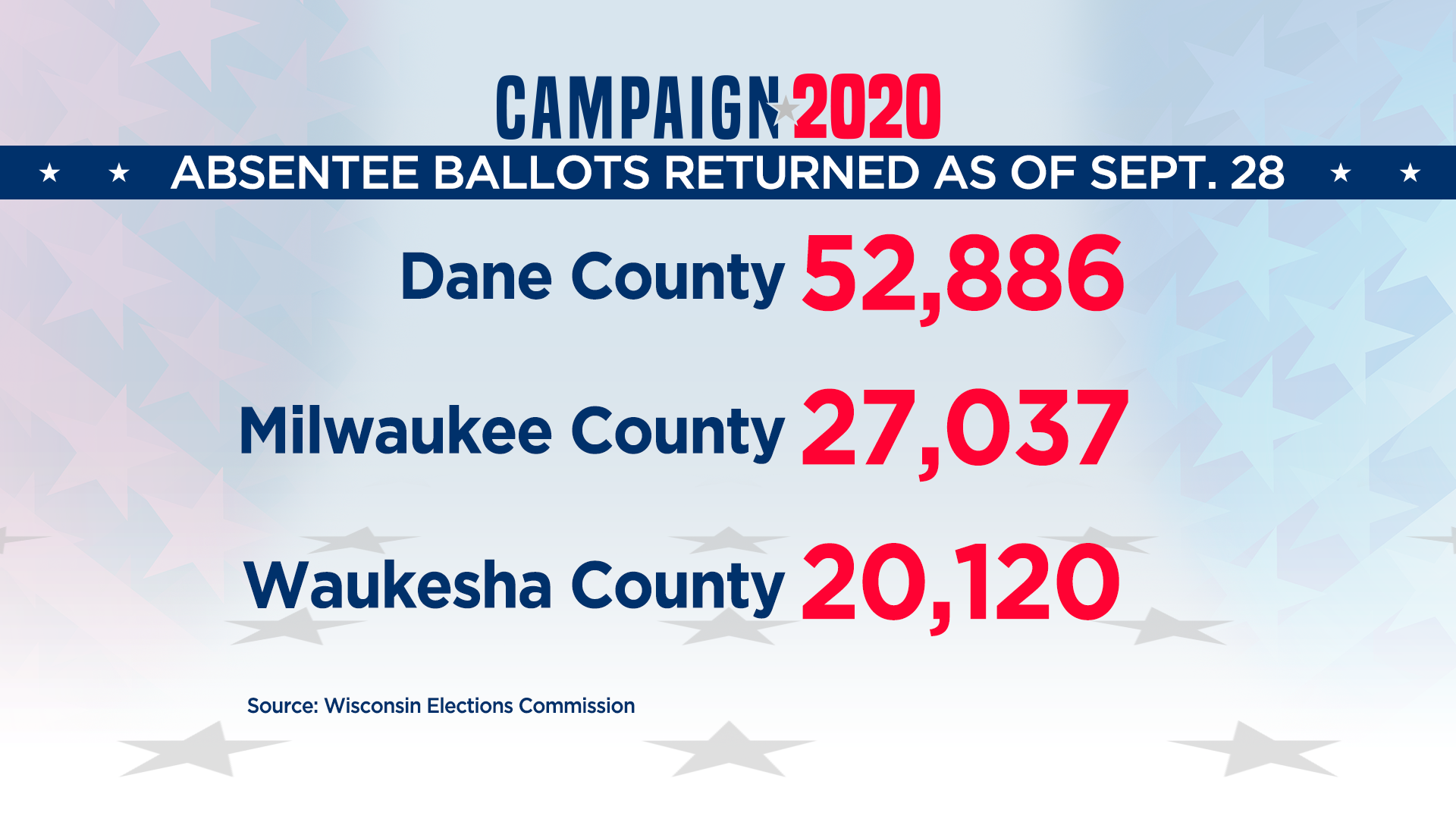 As of Sept. 28, Dane County has reported 52,886 absentee ballots returned which leads the state by a wide margin.

Milwaukee County trails with just 27,037 absentee ballots returned, though it is believed that mail delivery time to and from voters is slower than in other parts of the state.

Jill Biden’s second stop was in the Town of Eagle in Waukesha County. The former Second Lady’s message there was more on the pandemic response, health care and economic issues, topics the resonate more with moderates and independents who could decide the election in the state.

“It’s not just about returning to a system that left so many behind,” Biden said. “It’s about building our nation back better than before. And that’s why Joe [Biden] will make sure our steps for economic recovery are just, equitable and benefit all Americans, creating millions of good paying jobs.”

Jill Biden’s visit likely concludes a month in which the campaign – while limited in travel because of coronavirus concerns – has placed a heavy emphasis on Wisconsin.

Former Vice President Joe Biden visited Kenosha and Green Bay in the month of September and running mate Kamala Harris also made a stop in Milwaukee.

The Trump campaign is also looking to continue its emphasis on the Badger State.

“You will see us in Wisconsin non-stop until election day,” Trump campaign Director of Press Communications Erin Perrine told CBS 58 in an interview.

On Saturday, Oct. 3, President Trump holds back-to-back campaign events in La Crosse and then in Green Bay – areas of the state which are COVID-19 hot spots.

Beyond visits, the campaign said it is also working diligently on its ground game in the final weeks ahead of Election Day.

“The campaign is continuing to have a heavy presence in Wisconsin,” Perrine said. “That has meant making voter contacts, registering voters, getting volunteers engaged and activated because Wisconsinites know that the Badger State is well-represented by President Trump.”

WAUKESHA COUNTY, Wis. (CBS 58) -- Dr. Jill Biden is making a pair of campaign stops in Wisconsin on behalf of her husband Monday, Sept. 28.

Biden is expected to address supporters in the Town of Eagle, in Waukesha County Monday afternoon.

Watch the event below:

Biden started her trip in Madison, at a "Get Out The Vote" event. She focused on building enthusiasm among supporters with 36 days until Election Day.

Biden visited an east side neighborhood in Madison, one of the state's primary Democratic strongholds.

Dane County leads the state in returned absentee ballots with nearly 53,000 already back in the hands of municipal clerks.

Jill Biden and the campaign are hoping to turn emotions into action in the final weeks of the election, which could make a difference in a state where President Donald Trump won by fewer than 23,000 votes in 2016.

"We feel the chaos of Donald Trump’s America and the uncertainty. And it is easy to," said Jill Biden. "Watch what is happening and feel discouraged, but right now we don’t have to watch what happens, we have to decide what." 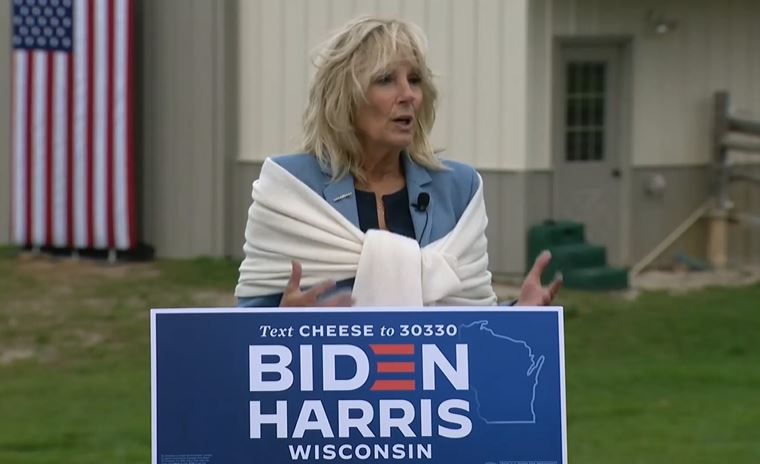 Biden's second event is in Waukesha County, a part of the state Trump carried in 2016, and one Democrats need to do well in to have hopes of winning the state.

In a statement, the Trump campaign criticized the number of in-person campaign events by the Biden team in Wisconsin, and highlighted the President's visit in the state later this week.

“It took 674 days for the Biden Campaign to find Wisconsin on a map. Meanwhile, for the sixth time this year alone, President Trump will campaign in Wisconsin again on Saturday. President Trump has Wisconsin’s back, and as a result, Badger State voters will back him at the ballot box in November.” – Trump Victory Spokesperson Anna Kelly

Jill Biden plans to stop in Madison for a "Get Out The Vote" event as ballots continues to be mailed to voters across the state.

She will then travel to Waukesha to talk about her husband's plans for the economy and health care.