'Jeopardy!' contestant thinks Janet Jackson is Ariana Grande -- and there was video 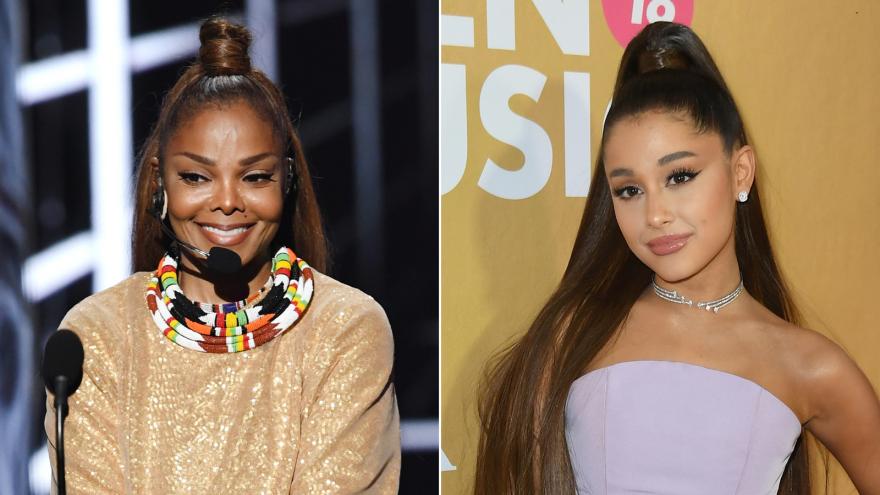 (CNN) -- Dear trivia nerds, we need you to do better by our black music icons.

Coming on the heels of a contestant confusing Chaka Khan with Shaka Zulu, Wednesday's episode of "Jeopardy!" had a challenger who identified Janet Jackson as Ariana Grande.

Here's how it all went down: The beloved show of course has an answer to which contestants must provide the question.

The answer was "As the recipient of the 2018 Icon Award, she took "Control" and took to the stage in her first live TV performance in nearly a decade."

That was followed by video of Jackson performing her hit "Nasty Boys" at the 2018 Billboard Music Awards where she received the award.

Contestant Alwin Hui buzzed in to offer "Who is Ariana Grande?"

"We don't deserve to ever come outside again...," Sellers wrote.

We would like to give Hui, a consultant from Washington, D.C., the benefit of the doubt and say perhaps it was Jackson's top knot ponytail which caused confusion.

Maybe he mistook it for Grande's signature ponytail?

Let's not even get into the fact that they are different races and that Jackson, 53, has been around a lot longer than the 26-year-old Grande.