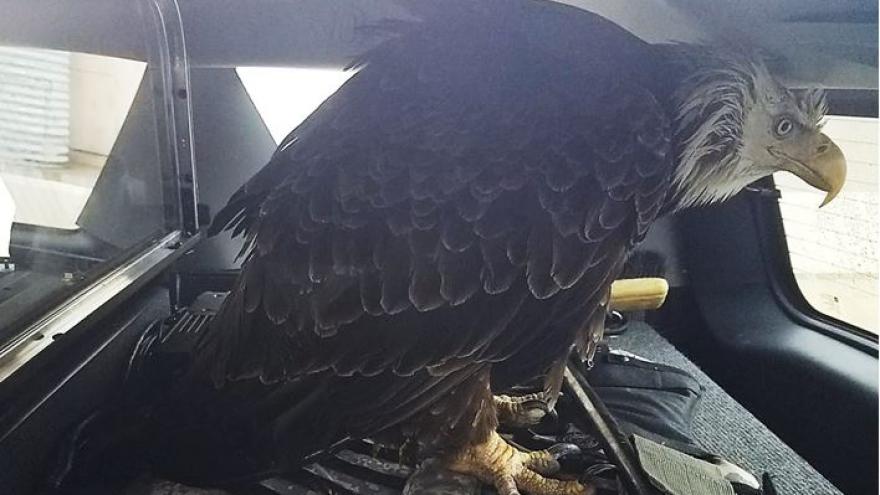 JEFFERSON COUNTY, Wis. (CBS 58) – A bald eagle found along the road is safe thanks to a Jefferson County Sheriff’s deputy.

The Sheriff’s Office says Deputy Hall found the eagle sitting along the roadside near Watertown.

The eagle was x-rayed and tested for lead. The veterinarian reported that the eagle did have any broken bones and is resting in Hoo’s Woods Raptor Center near Milton.

The officer said in his 35 years, it was his first eagle rescue.