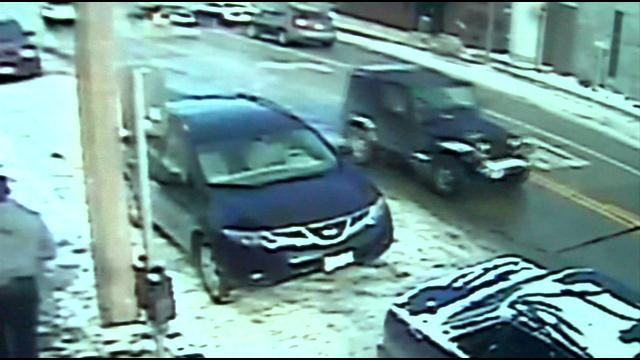 A man who claims his keys were frozen in his Jeep's ignition had his vehicle stolen over the lunch hour in Milwaukee.

Petronilo Razo told CBS 58 he parked his 1995 Jeep Wrangler outside a restaurant near the corner of Howell and Lincoln Monday afternoon.

Razo claims the key was stuck in the ignition, and that's why he left the key inside his vehicle while he had lunch.

Razo told CBS 58 a man is caught on camera walking along Howell Street Monday afternoon before the man gets into Razo's Jeep and drives away.

Razo told CBS 58 he is out of a Jeep, and tools he uses for construction work.

\"It's frustrating because of the weather, they way we work, and it's hard to make money”, said Razo.

Milwaukee Police confirmed the incident is being investigated, and police stress that residents do not leave their vehicles unattended with the key in the ignition.

Police say this mistake will increase the chances to have their vehicle stolen, and car owners could also get a $22 citation for leaving keys in the ignition.

Anyone with information on this crime is asked to call the Milwaukee Police Department.