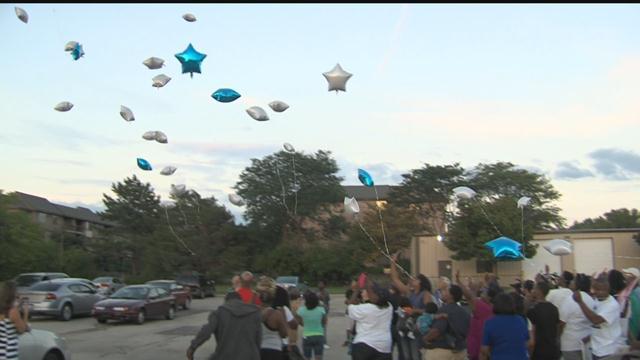 It's been two months since Jay Anderson Jr. was shot and killed by a Wauwatosa Police Officer at Madison Park.

Tuesday night his friends and family gathered to pray and release balloons as they wait for answers.

The Milwaukee Police Department handled the investigation and turned the case over to the district attorney to determine if charges will be filed.

The Wauwatosa Police Department has so far declined to release that video to the public. And, in the month since the District Attorney began to review the investigation, the family says they haven't heard anything.

They say they worry the unrest in Milwaukee over another officer involved shooting is delaying their case.

“We're not violent people so we didn't go that route. But it seems like because they went that route, they're more nationally known. We want our son's case out here too,” said Linda Anderson, Jay Anderson Jr.'s mom.

The Anderson family says they will remain peaceful, and plan to hold another rally at Madison Park this Saturday.