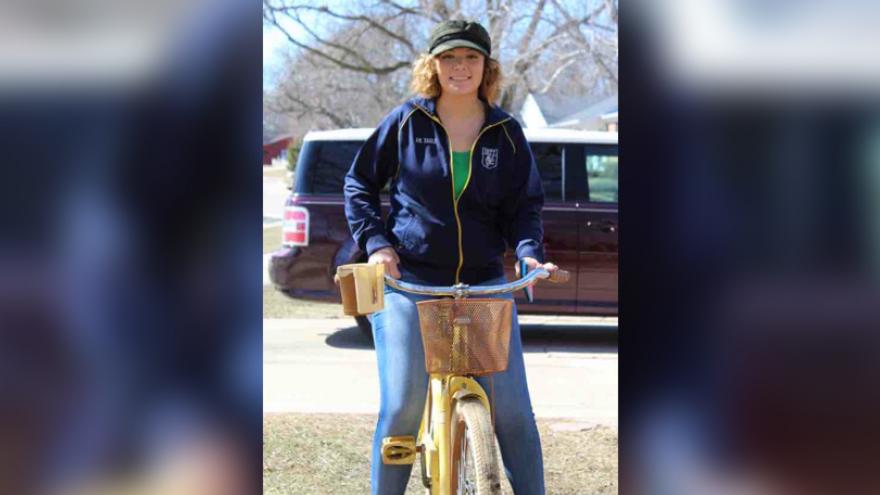 JANESVILLE, Wis. (CBS 58) – Police in Janesville are asking for help to find a missing 21-year-old woman.

According to investigators, Annelise Wolf was last seen around 4:30 p.m. Tuesday after leaving for a bike ride from her home on the west side of Janesville.

She’s described as a biracial woman with a light complexion, has brown hair with blonde highlights, 5’10”, 160 lbs last seen wearing maroon tennis shoes , blue skinny jeans, a pink shirt and sweatshirt and a green down coat.

Annelise’s bike is yellow with a basket on the front.