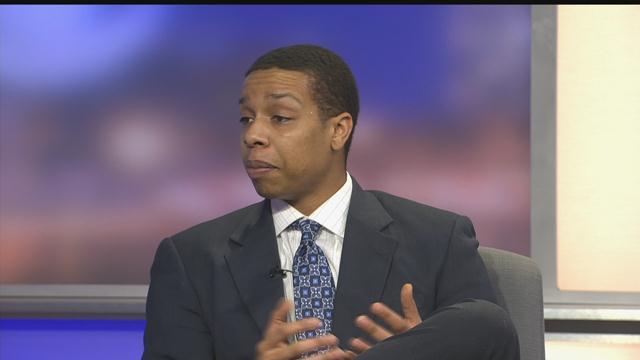 For never having run for elected office before, James Methu knows many would choose city council or school board first.

He believes the situation is so serious in Milwaukee that he should run for mayor.

On the CBS 58 News at 4:30 p.m., Methu acknowledged that he faces challenges with name recognition.

But from the canvassing he's done so far, he believes voters want a change.

Methu has published a lengthy plan in includes:

Implementing a plan to attack poverty.
Empower every single Milwaukeean and create an opportunistic environment for small, medium and large businesses
Milwaukee education and safety.
Initiate the development of a primary school dedicated to training in computer coding.
Students must experience real world training to continue the growth of the city by innovating, owning and operating at home.

City of Milwaukee:
Competing in a global market by building partnerships within the United States and abroad.
Neighborhood development plans that incorporate small business development and support.
Multi-year small business fund is established and distributed equally among all 15 alderman districts eager to grow and innovate.
Implement a community-based public safety plan in action, where local districts employ citizens to play the all important role in helping police protect our neighborhoods.

We've attached his interview to this story along with interviews with Davis, Donovan, and Mayor Barrett's State of the City address.