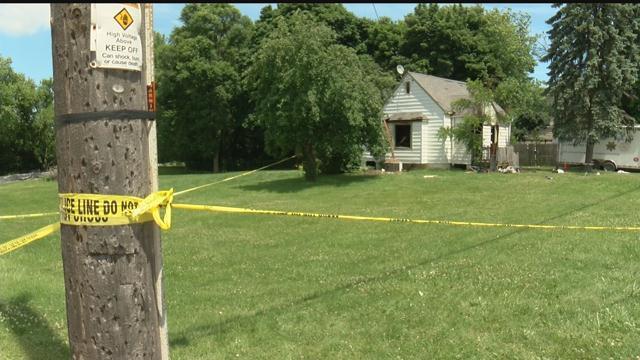 A 49-year-old woman is dead following a Friday night house fire in the Village of Mount Pleasant.

Police say Lori Liesner was found dead inside her home off Durand Ave., as firefighters battled a fire just after 11PM.

Ana Hernandez says neighbors rushed to help, but by that point, it was too late.

"We saw smoke, smoking coming out of the window from the kitchen," she says. "My brother-in-law called 911."

Police say they arrived on scene to find thick black smoke pouring from the home. While they were extinguishing the fire, a member of the South Shore Fire Department found Liesner dead inside.

Hernandez says Liesner was the only person residing at the home, following the death of her live-in boyfriend earlier this year. She says Liesner kept to herself, and didn't say much to her neighbors.

"She wasn't open to anybody," she says.

Police are still investigating the cause of the fire. The South Shore Fire Department would not comment on whether the fire was accidental, or suspicious.

"We don't know what caused it. We're thinking it's smoking, that's what police were saying," says Hernandez.