"It's crazy, it's crazy": Fans react to Bucky's big win 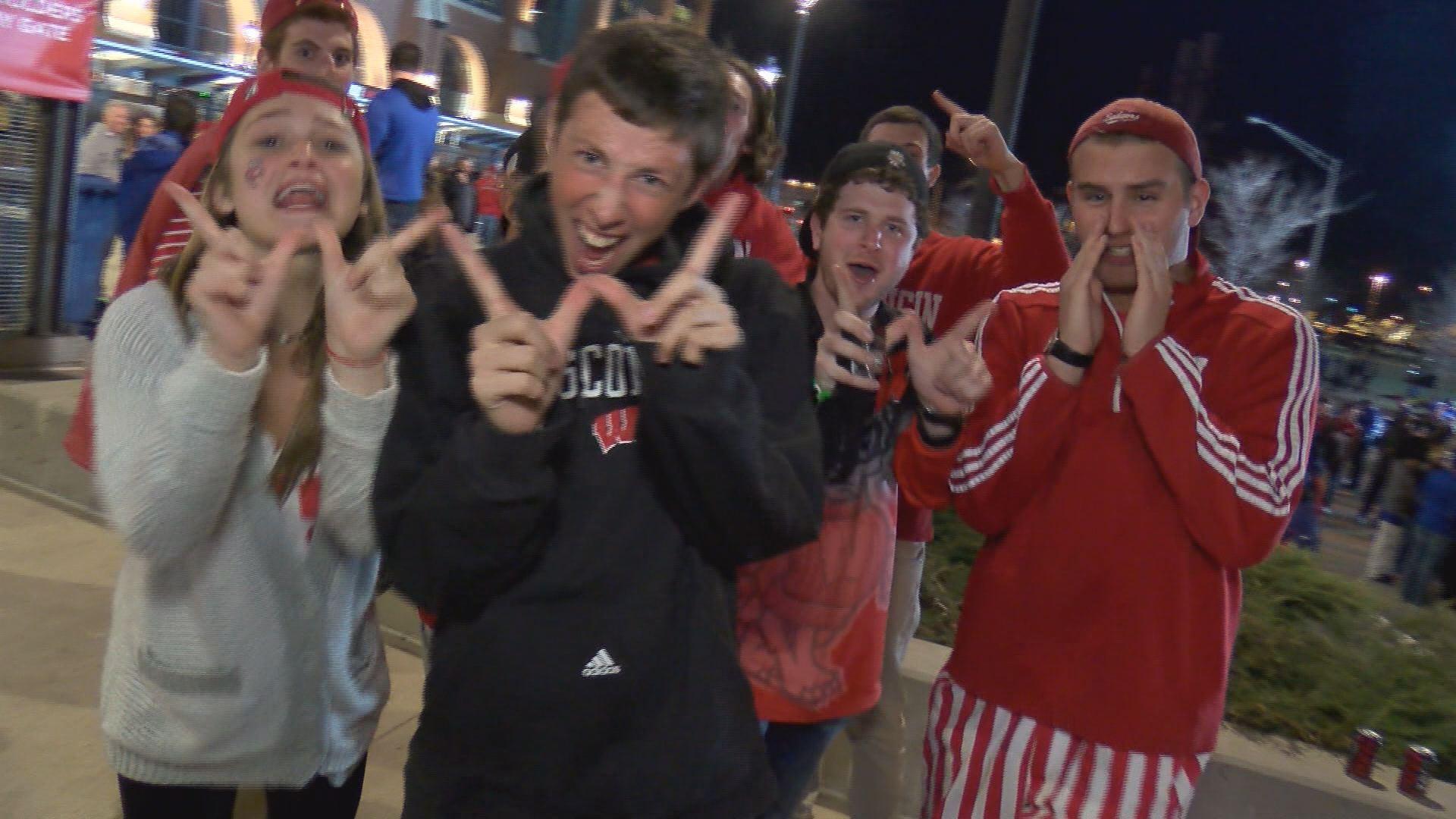 Fans of Wisconsin had a lot to celebrate Saturday night after knocking off previously unbeaten Kentucky.

Once they hit the streets of Indianapolis, the celebration was on.

The fans CBS 58 spoke to felt redeemed after last year's tight loss to the Wildcats.

One student, spending her spring break at the Final Four, said she's proud to be part of a University like Wisconsin.

Now it's time to take on Duke and Badger fans said they are confident in a win.