"It was a unique idea:" Sheboygan man has bronzed George Webb burger from 1987 giveaway

NOW: “It was a unique idea:“ Sheboygan man has bronzed George Webb burger from 1987 giveaway

One Sheboygan man got a free burger that year...and still has it. 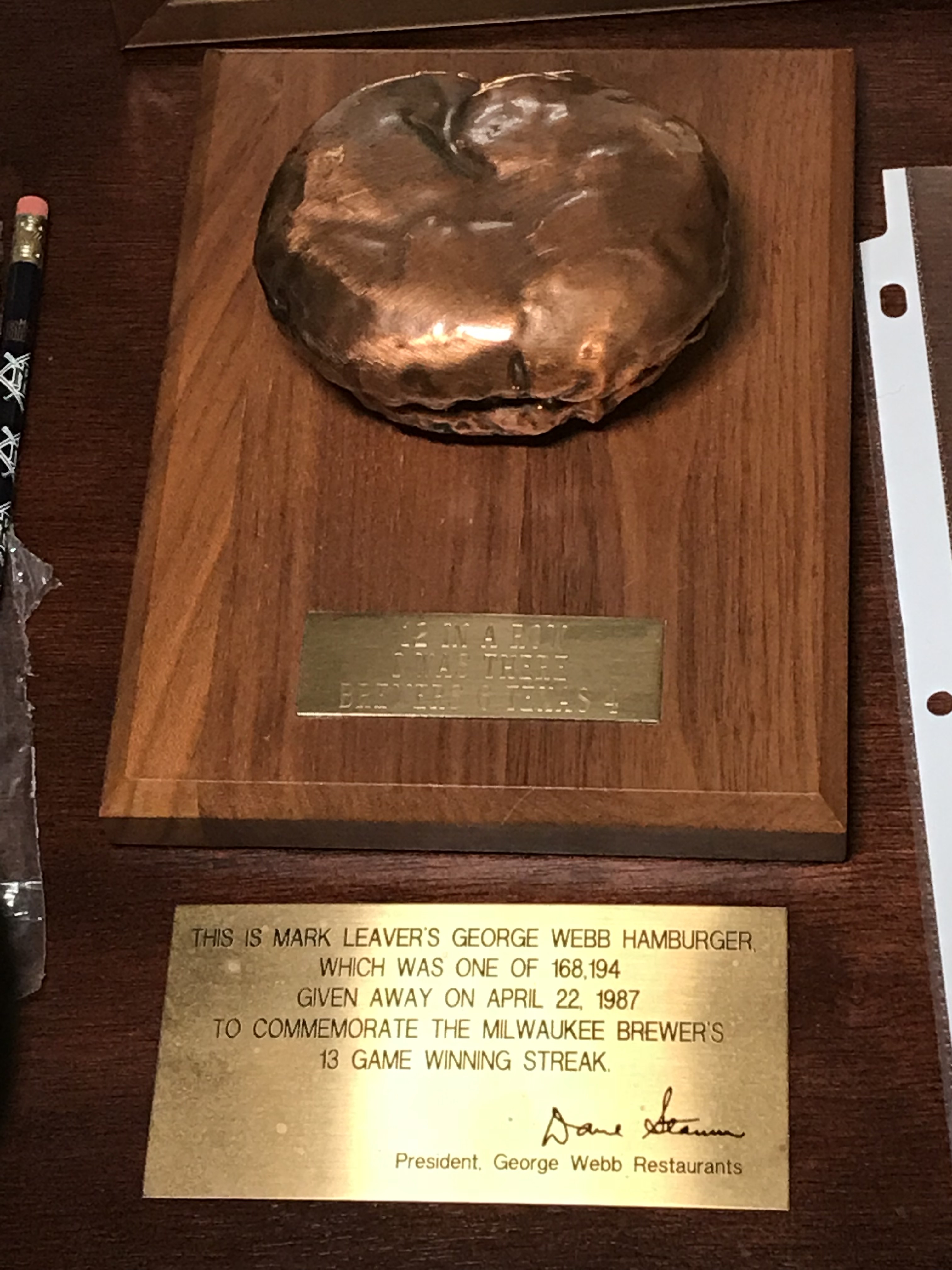 While hundreds of thousands of fans devoured free burgers in 1987, some chose to keep it and freeze it, but what about this?

One George Webb burger from 1987 has been encased in bronze. Mark Leaver wanted one of those free burgers that day but couldn't make it to a George Webb so his son said he'd try to get two, one for himself and one for his dad. Instead of giving his dad a burger that he could just eat and enjoy, he decided to find a way for Mark to treasure it for years to come. So, he bronzed it and gifted it to him for Father's Day.

"He brought out a box and said 'Here it is dad.' And I thought, 'Holy Christopher, what's going to happen?' But, I looked in the box and I couldn't believe it. It's crazy. Who bronzes a burger?" said Mark Leaver.

Just in case you have any doubts as to whether or not it is in fact a real George Webb burger from that day, Mark has an official plaque from the President of George Webb at that time which commemorates its authenticity. Mark says it's now his most valuable pieces of memorabilia.

Mark says in terms of upkeep, he just has to dust it off every once in a while. If you're wondering if it smells, that's all encased in the bronze.