"It truly puts things in perspective for us": Packers players talk to kids at Children's Hospital of Wisconsin 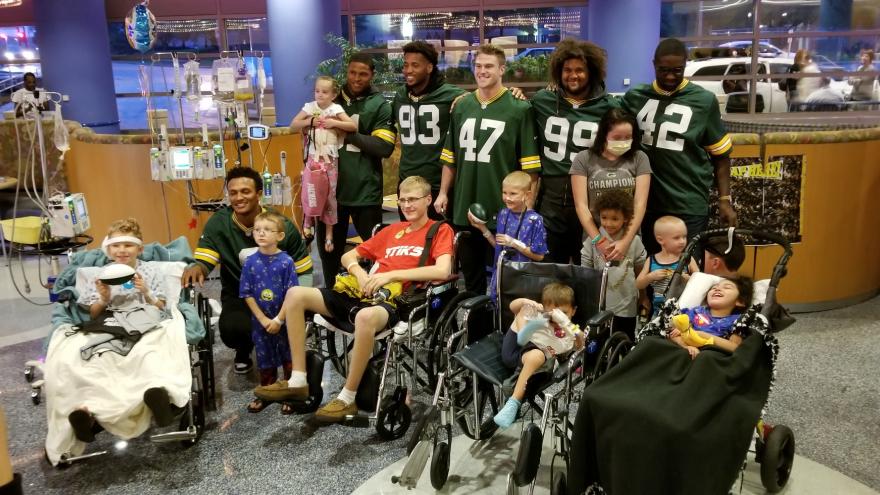 WAUWATOSA (CBS 58) - The Green Bay Packers took time away from all the talk of roughing the passer penalties, to brighten the day of kids who need it.

The players made a visit to Children’s Hospital of Wisconsin.

The players sat down with kids to sign autographs and share a coloring book. It was a short break from football that gave a lifelong memory for the kids.

“When you come here, every step you take, every day you wake up truly is a blessing,” said DeShone Kizer, who was one of the Packers visiting with kids Monday.

Kids like Justin Komp. Komp spent months in the hospital, waiting for a new heart.

“That was the best experience that I’ve had,” said Komp, ”it was so fun, I’m a huge Packers fan, I’ve always wanted to meet them.”

He has no voice… but still asked for all their autographs.

Braxton Sager is another patient at the hospital, who isn’t afraid to show his Packers pride.  “Go Pack go!” said an excited Sager.

“Just coming in and putting a smile on these kid’s faces, that’s what it’s all about,” said Packers Linebacker Jake Ryan.

Ryan says even something as simple as a coloring book can make their night.  “I think the kids are doing a little better than I am,” laughed Ryan, “let them have the brown crayon, cause that’s a football color.”

It’s a break from the grind of football at a perfect time. Between the smiles, autographs and pictures, there’s no talk of tackling. “Not too much, and hopefully they don’t get a flag thrown at them if they tackle me,” joked Kizer.

The players will spend Monday and part of Tuesday in Milwaukee.  They will help build a playground on West Galena Street in Milwaukee Tuesday afternoon.