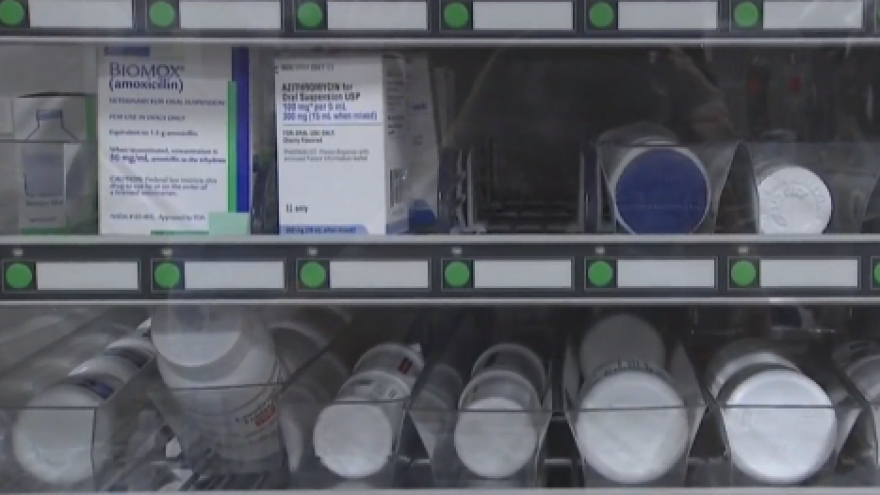 RIDGEWOOD, N.J. (CBSNewYork) — An alarming trend is popping up nationwide — addicts are using their pets as pawns to get their hands on prescription drugs.

In some cases, they’re even hurting their animals.

As CBS2’s Jessica Layton reported, a New Jersey lawmaker wants to put an end to the abuse of pet prescriptions.

Dog lovers enjoying a summerlike night with their pups at a park in Ridgewood said it seems inconceivable that anyone would ever want to abuse an animal.

“We love our animals more than anything,” Kim Cantor said.

Naturally, they were appalled to learn that some addicts have turned to hurting pets on purpose just to score prescription medications like tramadol for themselves.

“It makes me furious,” another added.

The reaction was the same from New Jersey State Assemblyman Kevin Rooney (R-Wayne), as he heard about specific cases around the country.

“A golden retriever dog sliced by its owner, taken to multiple vets to get an opiate, dogs were taught to cough in order to go in and be prescribed an opiate. It’s trending throughout the entire United States,” he said.

Right now, in New Jersey, anytime a veterinarian prescribes a medication for someone’s pet, it’s done in the animal’s name.

Rooney is pushing for a statewide database to keep track of pet prescriptions — using the owner’s name.

He said it would crack down on people who hop from vet to vet to get pills.

“It sounds like it’s escalating, and probably not long before I see a case,” Dr. Benjamin Davidson said.

Dr. Davidson, of Blue Pearl Pet Hospital in Paramus said the only downside he can see is that have to report to a centralized system could take time away from pet care.

They hope the people with the drug problem can get help before it’s too late for them, and the pet.

In New York, vets are required to make an online report within 24 hours of dispensing tramadol — a medication that can be taken by both people and pets.

Assemblyman Rooney hopes to see his bill go to the full New Jersey legislature in the next few weeks.