"It can be Very Dangerous"; Pokemon Go Raising Safety Concerns for Police 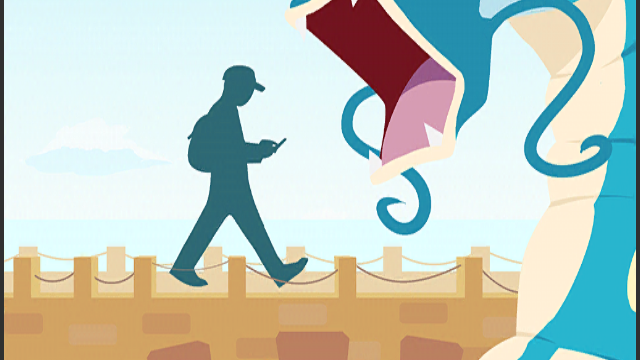 Just days after being released, 'Pokemon Go' is already the top grossing app in the iTunes store. The "Augmented Reality" game allows players to find, and capture Nintendo Pokemon creatures in the 'real world'.

And here in Milwaukee, thousands of players are flocking to the streets to try and 'Catch em All'.

With that popularity, comes concerns for local police departments.

"They're lost in their phone," says Caledonia Police Sergeant Jim Gardiner. "They're walking around with their heads down the whole time, they're not looking around."

Already, his small village has seen kids roaming the streets at night in search of creatures, and loitering in parks well after curfew. He's concerned that far worse is on the way.

"We haven't seen it yet, but I know there's going to be an accident involving someone trying to catch a Pokemon while driving a car. It's just as bad as texting and driving."

Milwaukee Police say they have not received any reports of problems in Milwaukee, but police in Missouri issued a warning Sunday about robbers "luring" players to sites where they can be easily robbed.

"It can be very dangerous," says Gardiner.

"You're living something that you've already lived as a child before, so that excitement is really high for people playing this game," he says.

He started playing right when the game was released Wednesday, and has already walked miles around the city catching Pokemon. He says it's a great excuse for exercise, and a great way to learn more about the city. Players have to visit iconic landmarks to earn experience and items for their characters.

"Part of it is nostalgia, you're getting to re-live something from a childhood perspective of the last 20 years that Pokemon has been out, but at the same time, it's getting you out of the house, you're getting exercise, which is a great benefit."

Sgt. Gardiner says it looks like a lot of fun, as long as it's done responsibly.

"You gotta catch em all," says Gardiner. "But you gotta pay attention."