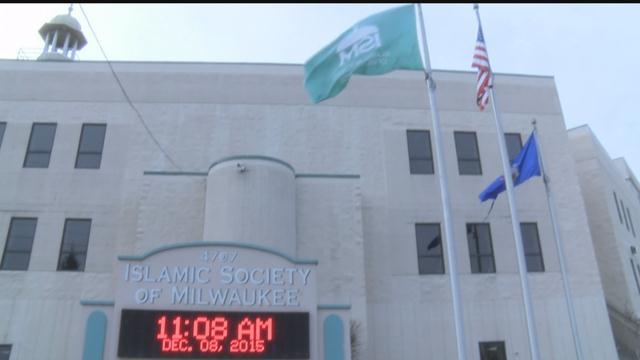 Othman Atta is the executive director of the Islamic Society of Milwaukee and he says he's troubled by Donald Trump's comments about Muslim immigration.  Atta says Trump is acting like a demagogue instead of being a leader.  Atta says it's hard to imagine how he can be leading any polls.

Atta says painting Muslims with a broad brush is hateful.

"For American Muslims who are obviously part of the society and of been here for a very long time, what he's actually doing is he's empowering individuals who are extremists to potentially target or act out against any Muslims," Atta said.

"They're not making a differentiation between mainstream and extremism. This is exactly what ISIS is doing. ISIS is telling people you know what it doesn't matter if someone is extreme or not extreme just target anyone.  So it's really the opposite side of the same hateful coin and this is what we need to get away from. We don't need individuals like trump who are trying to encourage or empower individuals to go out and act on their hateful rhetoric and hateful ideas.  It's wrong. It's an American and it's unconstitutional and for a guy who claims to be running for president it is really something that is beyond belief."

Atta says one of the biggest challenges for Muslim-Americans is how little many people know about Islam.

"There's multiple reasons for that," Atta said.  "Number one it is not part of the educational program in schools. People don't know about it. Number two the population of Muslims in this country is about maybe 1 to 2%. So most people have never met a Muslim. Then when you add the negative images going on in the world and some of what the extremists are doing. You add onto that an industry of people that want to denigrate Muslims, where are people going to get a positive portrayal? Their portrayal is that Muslims are violent, it's an inherent part of their faith, that this is what their holy book tells them to do - but that is absolutely inconsistent with what Islam calls for."