ISIS: Enslaving, having sex with 'unbelieving' women, girls is OK 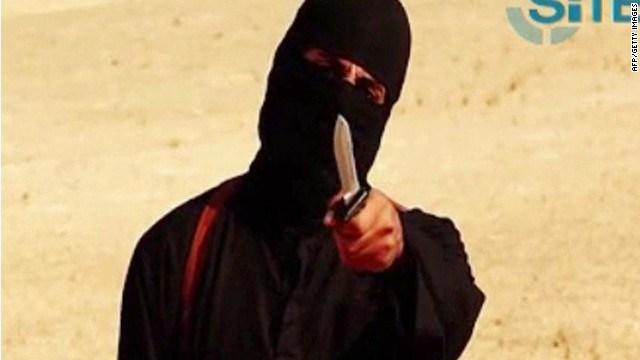 Can you have sex with them, even prepubescent girls? Yes, according to the Islamist extremist group.

Can you sell them or give them as gifts to others? The answer is yes, once again.

People in Mosul -- the Iraqi city now under control of the group calling itself the Islamic State -- got these and other messages loud and clear after sunset prayers Friday, when armed men handed out a color-printed pamphlet \"Questions and Answers on Taking Captives and Slaves,\" three residents told CNN.

\"People started gathering in small groups chattering about this (document),\" said one of the men, whom CNN didn't name for security reasons. \"Most are shocked, but (we) cannot do much about it.\"

The idea that ISIS is kidnapping, selling and raping women and children is hardly surprising. Many such accounts have surfaced since the group began its often brutal run through Syria and Iraq, including chilling stories from members of the Yazidi religious minority. And these are on top of other horrific allegations, such as the killings and mistreatment of innocent civilians simply because they didn't subscribe to ISIS' extreme take on Sharia law.

And that's the thing about ISIS: Its militants have justified their actions -- like the beheadings of journalists and aid workers -- in God's name.

Even then, it is rare to see its rationale laid out as plainly as \"Questions and Answers on Taking Captives and Slaves.\"

In the Middle East Media Research Institute's English translation of that Q&A, for instance, it is explained that capturing women is permissible if they are \"unbelieving\" -- i.e. not Muslim (at least up to ISIS' standards).

Much of the pamphlet talks about ISIS' policy on having sexual intercourse with a female slave, something that the group cites the Quran to justify.

\"If she is a virgin, (her slave owner) can have intercourse with her immediately,\" ISIS explains, according to the MEMRI translation. \"However, if she isn't, her uterus must be purified.\"

There are other rules as well, like that two men who co-own a captive can't both have sex with her and that a man can't have intercourse with his wife's slave.

The Q&A is clear that, young and old, the captors have full control of their captives.

As such, the ISIS document claims, \"It is permissible to buy, sell or give as a gift female captives and slaves, for they are merely property.\"

The pamphlet sets a few other guidelines, such as that a mother captive can't be separated from her young children and that an impregnated captive cannot be sold. Beating a female slave for discipline is OK, but beating her for pleasure or as a form of torture is not.

There are fewer rules for the captives themselves, though the ISIS pamphlet does identify one thing as \"the gravest of sins\" -- running away from one's master.

This document marks the most detailed, albeit not first, justification for enslaving nonbelievers, as defined by ISIS. Time and again, the group cites the Quran and its view of Sharia law.

\"ISIS is drawing these rulings from ancient Middle Eastern and Mediterranean codes of conduct for war and prisoners,\" said Abbas Barzegar, professor of religious studies at Georgia State University. \"Muslim leaders and lay practitioners the world over continue to condemn ISIS and find its alien interpretation of Islam grotesque and abhorrent. Unfortunately, in the context of failed states and civil wars most sane voices are often the most drowned out.\"

\"This argument is plainly wrong, hypocritical and astonishingly ahistorical, relying on male fantasies inspired by stories from the days of imperial Islam,\" said Freamon. \"It is also an affront to right-thinking Muslims everywhere and a criminal perversion of Islamic law, particularly its primary source, the glorious Quran.\"

CNN's Hamdi Alkhshali and Yousuf Basil contributed to this report.