Is One Minute of Exercise All You Need? 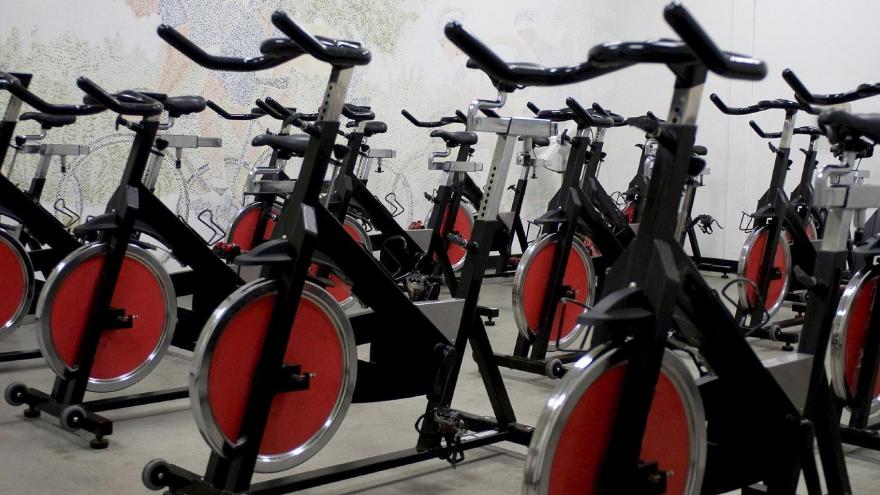 If someone told you that you could get a full workout in the same amount of time it takes you to make a cup of tea or take out the trash, would you believe them?

It sounds like a dubious exercise regimen promoted on a late-night infomercial, but there is actual science behind it. A recent study suggests that one minute of vigorous exercise can be just as effective for improving health as 45 minutes of moderate-intensity exercise.

Researchers asked nine previously sedentary young men to do one total minute of high-intensity cycling on a stationary bike three times a week for 12 weeks. The minute was broken down into three 20-second bursts of maximum effort, with two-minute recovery periods of moderate-intensity cycling in between.

Another group of 10 men undertook a more traditional workout consisting of 45 minutes of continuous, moderate-intensity cycling three times a week, and six men did not exercise at all.

At the end of 12 weeks, the researchers found similar gains between the high-intensity and moderate-intensity groups, compared with the no-exercise group, in terms of better blood sugar control and improved endurance and muscle function.

"This study is a relatively extreme example that shows the effectiveness of brief, very intense bursts of exercise," said Martin J. Gibala, professor of kinesiology at McMaster University in Ontario.

The one-minute approach is "the most intense flavor of interval training," an approach that alternates between all-out exercise and less-intense activities, said Gibala, who led the study (PDF), which was published in April in the journal PLOS ONE.

The new study found that high- and moderate-intensity workouts also were associated with similar amounts of modest weight loss and boosts in calorie burning, Gibala said. However, the most important way to lose weight is "on the energy-in side of the equation, what we put in our mouth," he added.

During the three 20-second bursts of activity, the researchers asked the men to ride the bike as if they were sprinting from danger. "It is about as hard an effort as you can imagine," Gibala said. The researchers measured the participants' power output to assess whether they were pushing themselves as hard as they could.

It could be hard to design an effective workout that is any faster, Gibala said. You need the recovery periods because it would be difficult to push your body to its limit for 60 seconds straight. And the warmup and cool-down periods are important for preparing your body and preventing injury.

"I think we are getting down to the bottom in terms of the number of minutes of exercise in order to get some benefits," Gibala said.

There has been a "flurry of interest" over the past 10 years in comparing high-intensity interval training with moderate-intensity exercise, he said. Although previous research, some by Gibala and his colleagues, suggested that the high-intensity approach was similarly effective, the current study is the first to go as low as 10 minutes total.

No pain, no gain

There is probably a price to pay for a 10-minute workout. What people may gain in time, they could make up for in terms of pain.

"At the end of the day, there is a tradeoff between intensity and duration. There is no such thing as a free lunch. If people want to derive the benefits of [a short amount of] exercise, they need to go hard," Gibala said.

Nevertheless, this hard and fast workout could be a good option for people who say they never have time to exercise.

Before 10-minute workouts can be part of any recommendations, more studies will have to be done into whether they reduce the rates of disease and improve lifespan, similar to the myriad studies showing these benefits for longer-duration, less-severe workouts, Gibala said.

More exercise could still be better

The popularity of high-intensity training has been spreading, from elite athletes to normal Joes, said Sherry O. Pinkstaff, an associate professor of physical therapy in the Brooks College of Health at the University of North Florida. It is even starting to be studied as an alternative to longer-duration, moderate-intensity exercise for people who have heart failure, said Pinkstaff, who was not involved in the new study.

However, many questions remain about high-intensity training, Pinkstaff said. For example, people might come up with "just another excuse, like they have to take a shower once they [exercise]," or they might lose interest after a while in putting themselves through a more strenuous workout, she said.

It may also be the case that people doing a 10-minute workout will miss out on some of the mental benefits of traditional exercise, Pinkstaff said. For example, studies have found that exercise can boost mental sharpness among older adults and that it releases feel-good hormones.

People who opt for short bursts of exercise would probably also fail to reap some of the heart benefits of exercise lasting 30 to 60 minutes.

"The sustained increase in blood flow through the arteries is important," said M. Harold Laughlin, chairman of biomedical sciences at the Dalton Cardiovascular Research Center at the University of Missouri, who was not involved in the current study.

Anyone who is at higher risk of having a cardiovascular event such as a heart attack, including people who are obese or have high blood pressure, should talk with their doctor before starting high-intensity training, Pinkstaff said.