Irma slams Florida, could have impacts on Wisconsin this week 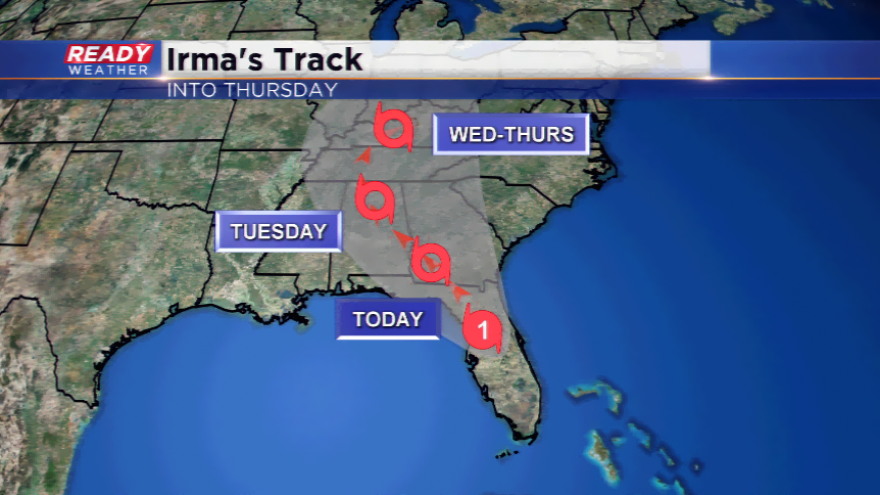 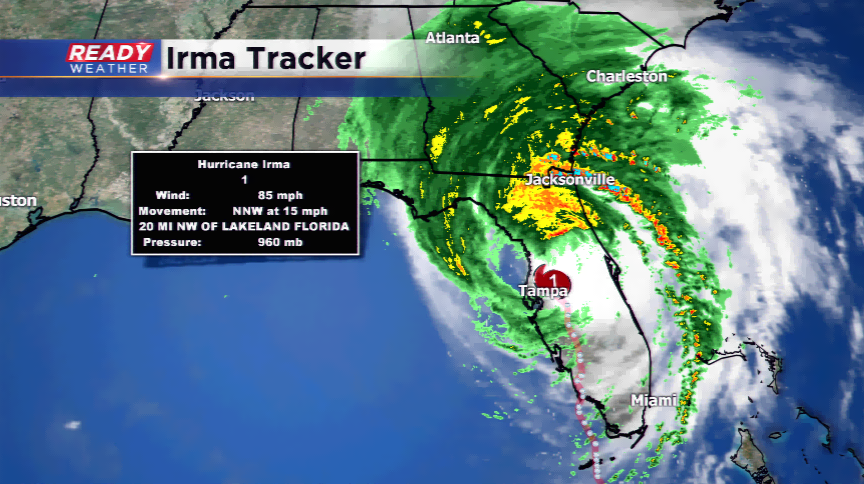 Storm surge, flooding, and highs winds have been battering the Sunshine State since yesterday morning. Peak gusts at some airports in Florida reached over 120 mph. Tampa’s bay was sucked out of water initially, then the water rose quickly back with a strong storm surge. Irma is now down to a category one hurricane with winds of 85 mph. It is expected to weaken throughout the week into a tropical depression. Flooding could be a concern over the Ohio River Valley by midweek.

Since the path adjusted a little bit along the way, there could be small effects on Wisconsin by midweek. High pressure (pleasant weather feature) is controlling our weather. Irma could have enough energy to adjust this weather pattern and break it down. This could lead to clouds and a small chance of scattered showers by Wednesday. Wisconsin and southeast Wisconsin will not see the same impacts that the states to our south see; however, with Irma hanging around, it might not be a 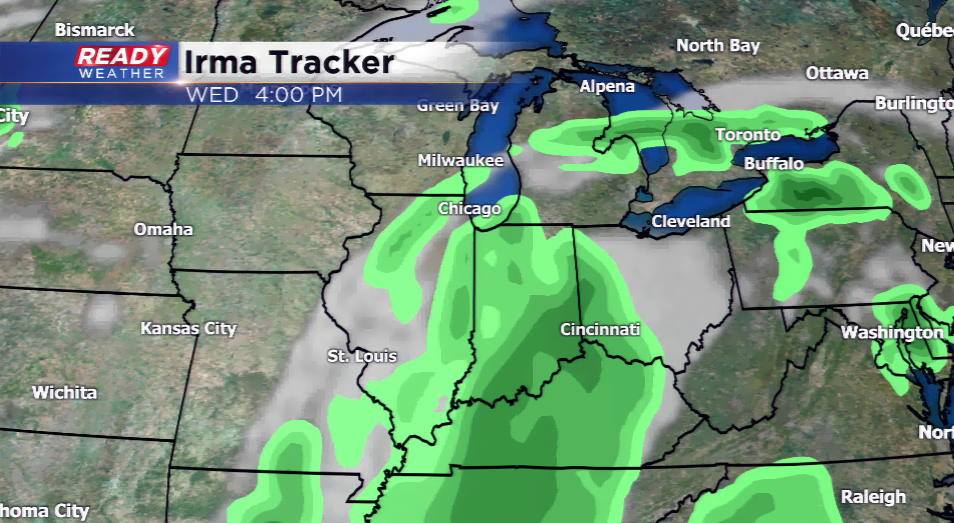 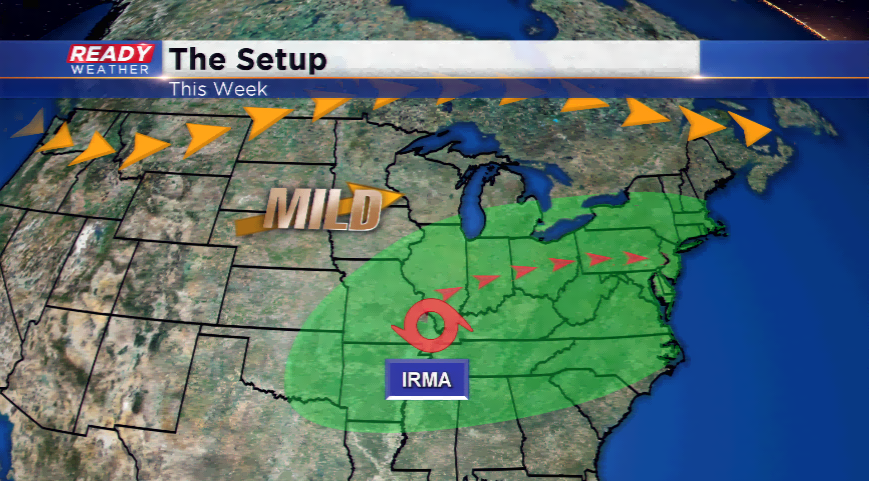