Irish Artifacts from 1916 on Display at Milwaukee City Hall 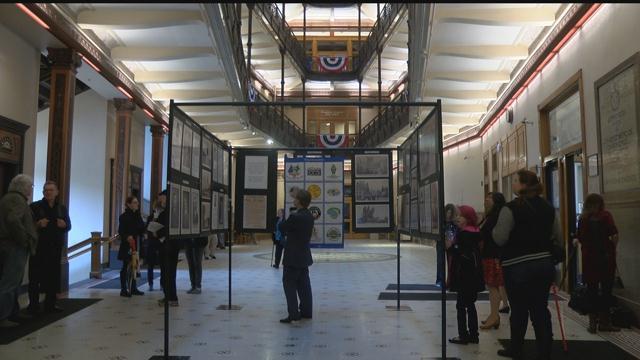 Rare artifacts from an historic battle in Ireland are now on display at Milwaukee City Hall.

The postcards were collected by a Milwaukee man decades ago and they depict the famous Easter Rising in Dublin in 1916.

The postcards along with historical photographs and a special quilt reflecting the various Milwaukee Irish organizations will be on display at the ground floor of the city hall atrium until May 10th.

The items are part of the larger Ward Music Archives which are contained in the newly renamed Celtic MKE headquarters which stages Irish Fest each August at the Summerfest grounds.

The postcards tell in vivid fashion the armed struggle that pit a collection of fighters, mostly teachers and poets, against the British Army.

"By doing that the set in motion chain of events that established a free state and then lead to the formation of the Republic of Ireland," explained Professor Emeritus at UW Milwaukee, John Gleeson.

"Just like when 1916 happened the government in Ireland had no funds," added Barry Stapleton of the Ward Music Archives. "Milwaukee was central area to collect money. Just as we supported them back then we are supporting them today."

Sunday's opening of the exhibit included a reading of the Proclamation of Independence in both Irish and English.

A Marquette University High School took part in the reading.

Professor Gleeson told a hushed crowd how the young man is a descendant of of one of the fighters who died during the battle on the streets of Dublin 100 years ago.