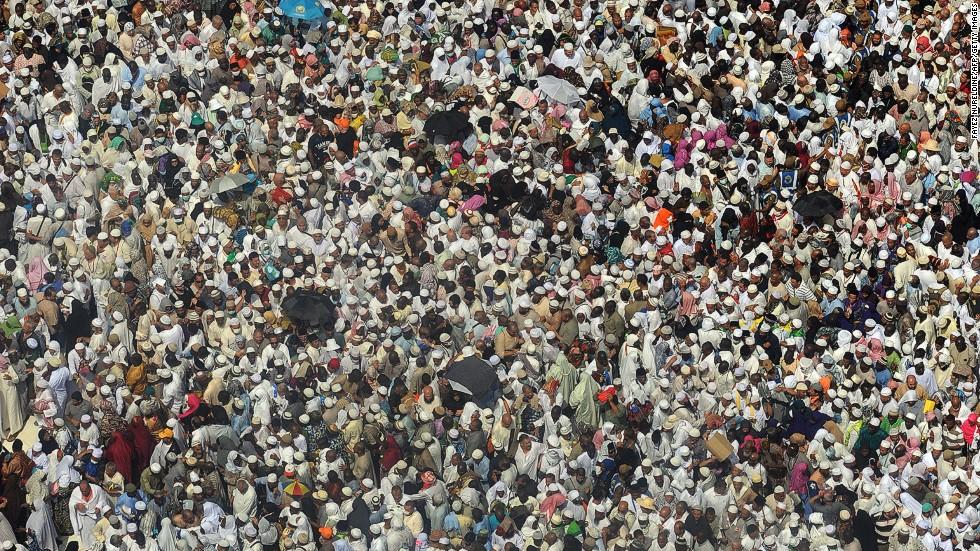 (CNN)Iran's Supreme Leader is threatening Saudi Arabia with "tough and harsh" retaliation after saying that the bodies of Hajj stampede victims are not being repatriated swiftly.

"Should we decide to show any reaction, our reaction will be tough and harsh," it quoted him as saying at a military academy Wednesday.

Iran's Foreign Ministry also summoned the Saudi charge d'affaires Wednesday, warning against any delay in identifying and repatriating missing and dead Iranian pilgrims, Iran's state-run Mehr News Agency reported.Iran and Saudi Arabia have been stepping up their war of words over last Thursday's stampede, with Riyadh accusing Tehran of politicizing the tragedy and Tehran demanding an apology from Saudi Arabia, which it says mismanaged the Hajj.The Saudi state-run SPA news agency says at least 769 people were killed and more than 900 injured in the crush at Mina, a neighborhood about 2 miles from the Mecca holy site, but Iran says the death toll is higher.

Iran's Hajj and Pilgrimage Organization says 239 Iranian pilgrims have so far been confirmed dead, with 241 others unaccounted for, PressTV said Wednesday. It referred to what it said was an overall death toll of 4,173.

Khamenei also lashed out Sunday at Saudi Arabia over the Mina deaths.

"Saudi Arabia's rulers, instead of shifting blame (to others), must accept their responsibility in this heavy mishap by apologizing to the Islamic Ummah and their bereft families, and meeting their obligations to that effect," Khamenei said, according to a statement released by his office.

"The Muslim world has many questions, and the deaths of more than 1,000 people in this incident is not a minor issue; therefore, the Muslim world must think of a remedy to this issue," he continued. Iran and some other Muslim nations dispute the death toll released by Saudi Arabia.Saudi Foreign Minister Adel bin Ahmed Al-Jubeir responded by saying Iranians should not politically exploit a tragedy, SPA reported Sunday.

"We are going to disclose the truth when it comes out (following the completion of an investigation) and not hide anything. Had a wrongdoing taken place in Hajj, those who were in charge would be fully held responsible," it quoted him as telling reporters in New York as world leaders gathered for the United Nations General Assembly.The Middle Eastern rivals have also been trading jabs over foreign policy in the war-torn nations of Yemen and Syriain their comments on the Hajj stampede.

In an interview with Al-Arabiya on Monday, Al-Jubeir again accused Iran of politicizing Mina and said Iran was fanning unrest in the Middle East by arming Houthi rebels in Yemen and backing Syrian President Bashar al-Assad.

Iran's Foreign Ministry responded Tuesday by issuing a statement from a spokeswoman re-emphasizing "poor management and lack of prudence of Saudi officials in connection with the Mina tragedy" and saying Saudi Arabia's armed intervention in Syria and Yemen would encourage extremism and instability in the region.

"Exactly at the time when thousands of Muslim countries' Hajj pilgrims are becoming victim of their lack of prudence, hundreds of Yemeni civilians are killed in a wedding ceremony in an air raid in Yemen," spokeswoman Marziyeh Afkha added.

A Saudi-led coalition backing President Abdu Rabu Mansour Hadi's government has been carrying out nationwide airstrikes against the Houthis since March, but the Saudis denied involvement in an airstrike Monday that Houthi-run media said killed at least 131 people.

On Wednesday, a statement by the Saudi-led coalition in Yemen said the Saudi navy had intercepted an Iranian ship attempting to smuggle arms in to Yemen over the weekend off the coast of Oman.

Weapons including anti-tank shells and rocket launchers were seized from the ship, which was manned by 14 Iranians and had Iranian documents claiming it was a fishing boat, the coalition said.