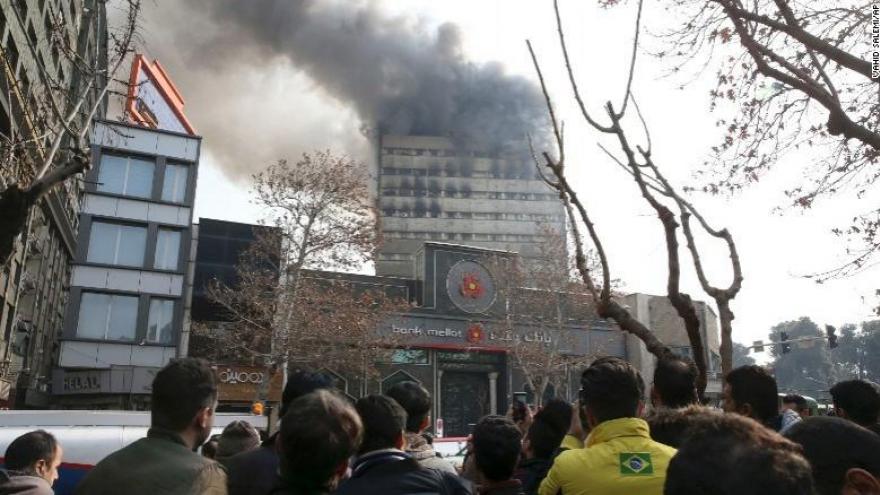 A spokesman for Tehran's medical emergencies department said that nearly 40 people, including firefighters, had been injured, according to Iran's state-run Fars news agency.

Press TV reported that more than two dozen firefighters were injured trying to put out the blaze, which raged through the upper stories for hours, and that some were trapped inside the building.Footage broadcast on Press TV showed the building's dramatic collapse.

The downtown Plasco building, built more than 50 years ago, was home to hundreds of garment manufacturers and other businesses, Fars reported.

Most people had been evacuated, according to Fars, but there were fears for the safety of firefighters and rescue workers who had entered the building.Iranian firefighters work to extinguish the fire at the Plasco building in central Tehran on Thursday.

The fire started on the building's ninth floor, Fars cited authorities as saying.

Images showed plumes of thick black smoke billowing from the building's upper stories before it collapsed.