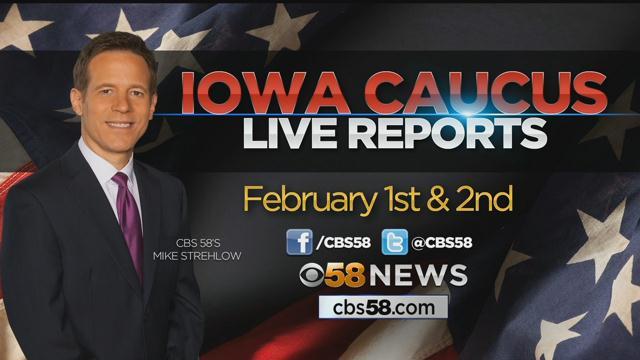 The day has finally arrived for people in Iowa to caucus for their preferred presidential candidate.

CBS  58's Mike Strehlow visited a coffee shop where several candidates have stopped and is meeting with caucus goers ahead of tonight's events.

Iowa voters will gather Monday night at caucus sites throughout the state to officially launch the presidential nomination process.

follow months of campaign polls, commercials and visits to the hawkeye state.

The owners say it's a privilege to be the center of the political universe but with that first in the nation status comes a responsibility to be informed and participate in a decision-making process that can make or break a political campaign.

There was record turnout eight years ago and candidates especially Donald Trump and Bernie Sanders are hoping their support among new voters on the campaign trail will result in a strong showing.