Investigators search for cause of massive South Milwaukee blaze 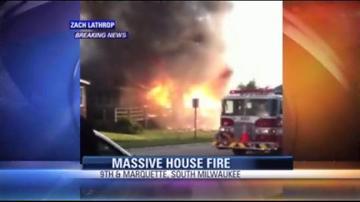 The fire chief says police arrived just before fire crews and there was already a large amount of fire coming from the front of the building.

Everyone who was in the home at the time got out safely and were being interviewed by investigators.

CBS 58 News will update this website with new information as it becomes available.