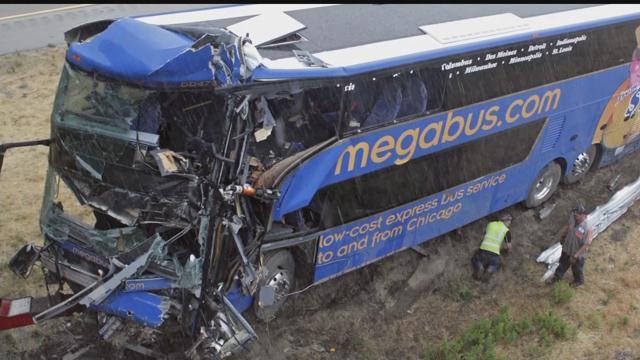 The video is frightening a Megabus from Chicago on it's way to Milwaukee this weekend bursts into flames.

The fire started with a blown tire and CBS 58 found out tonight, this isn't the first problem for the bus company.

There have been at least six other incidents involving blown tires on Megabuses including one that killed an Illinois student.

And in the last 24 months, safety inspectors found 29 maintenance violations considered an imminent hazard to Megabus drivers or passengers.

Clarence Ditlow with the center for auto safety says one or two fires could be a coincidence.

If one of these buses had been in heavy traffic before it could pull off to the side of the road, it might have been a catastrophic fire before the people could get out of the bus to safety.

No one was hurt in the latest fire but passengers lost all of their luggage.

Megabus policy states that the company is only liable for $250 in lost or damaged luggage.

Megabus said it carries 10 million people a year on 275 buses telling us, "Safety is our top priority, and megabus.com is fully cooperating with the authorities with their investigation into the incident."