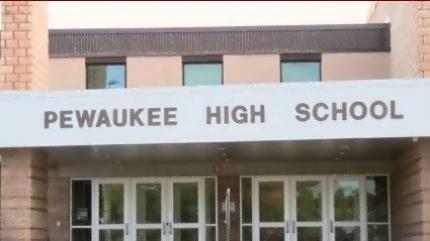 Some international visitors raised questions from parents in Pewaukee Thursday, and with the Ebola scare-- a few families even kept their kids home from school.

Pewaukee District officials say four families elected to keep their kids out when they told parents the high school would host two visitors from Uganda-- a priest and teacher from their sister campus.

\"I don't want to take it from the school and an experience away from the kids-- but as a parent, a letter? I'm not sure in this situation, if a letter is good enough,\" said Kim Petermann, a concerned parent.

\"I don't think people know that Uganda is approximately 3,000 miles away from where West Africa and other outbreaks are,\" said Dr. JoAnn Sternke, Superintendent of Pewaukee Public Schools.

Uganda is located in East Africa-- eight countries, 89-hours driving, plus a ferry ride from Liberia.

\"Fear is a powerful thing,\" said Dr. Sternke, \"and we wanted parents to know that should they feel differently than the facts that we've gathered, they could make that decision for their families.\"

District officials say they contacted the CDC and campus medical advisers as a precaution before welcoming the visitors, but some parents wish officials included them in the conversation.

A group of students at Pewaukee High have been raising funds to help a school in Uganda, both visitors are affiliated with that school.