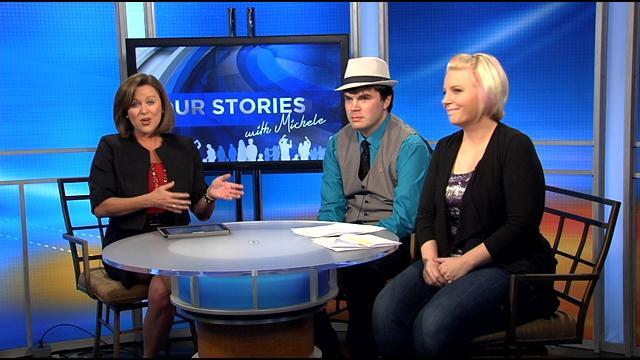 Every year autism organizations around the world celebrate the day with unique fundraising and awareness events.

Eric Look, a local musicians who lives with autism, has written a new song in recognition of the day.

He hopes it will be as well received as his Christmas song last year that received air play in some major radio markets in the country, including of course his native Wisconsin.

Eric joined the CBS 58 News at 4 for its regular \"Our Stories with Michele\" segment.

It's a chance for CBS 58 News to highlight and devote time to the people creating positive change, or showing the courage to follow their own voice.

Eric told Michele he hopes that all people will be inspired to follow their dreams and accept others differences.

Eric says writing music has helped him concentrate, something that can be challenging with his Autism.

Natasha Rossa from the West Allis, West Milwaukee Chamber of Commerce was on set. The chamber was the first local organization to book Eric as entertainment.

Rossa says Eric is great performer and she and her mother knew early on that audiences would get a lot out of seeing him perform.

Eric's next gig is the Blu Lounge at the Pfister Hotel April 9th starting at 6:30 p.m.