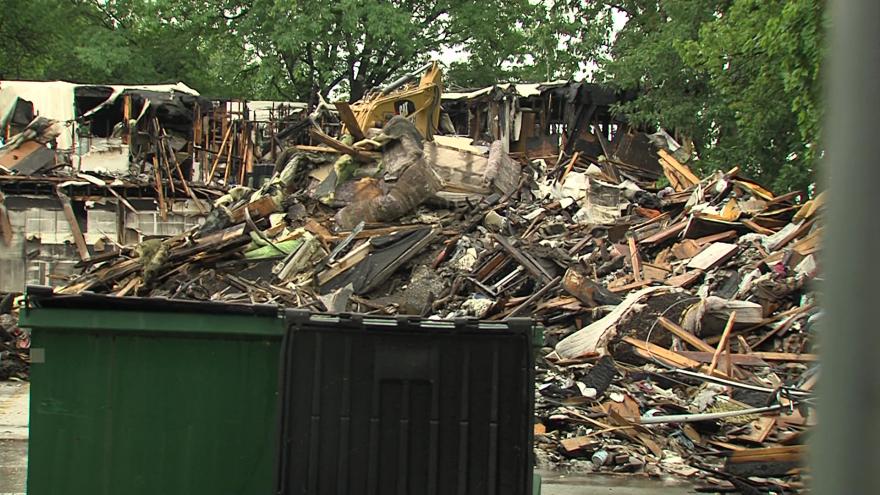 BEAVER DAM, Wis. (CBS 58) -- Two months after a deadly apartment building fire in Beaver Dam, investigators are back at the scene.

Construction crews are tearing down parts of the apartment complex at 600 W. Third Street.

The attorney for some of the residents, Ken Quincey, says investigators are concentrating on a couple of different apartments to find the source and cause of the fire. It happened at 6 a.m. on April 7. The fire killed 63-year-old Corrine Bolin. She was trapped in the basement where she lived. Jade Wilson, 24, also died of her injuries at the hospital.

Quincey says 24 people's lives were deeply impacted by the fire and they just want answers.

"Some are fortunate to have family in the area so they are living with their family. Some are living with friends. They are all going to have to relocate and it's going to be tough. This is a real tragedy," Quincey said.

Quincey says it may be weeks or months until they know the cause of the fire.