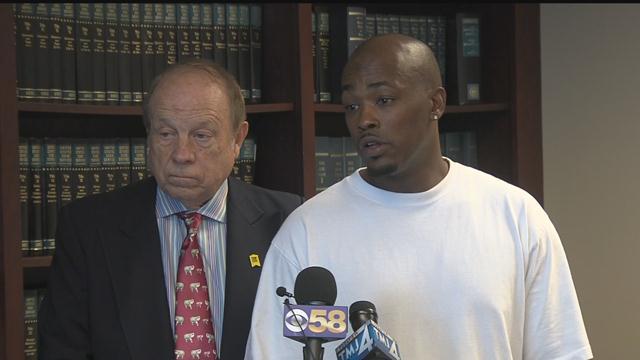 Antoine Buchanan is wide awake to the senseless violence in Milwaukee.

"To see a child, a five-year-old child with a bullet hole in her head, if that's not an eye opener I'm going to be sleep forever."

So, when he learned information about the death of Laylah Petersen, the father immediately called detectives.

"It's not about snitching," he said. "It's about drawing a line."

Buchanan said Divonte Forbes, who he describes is like family, told him what happened that November night.

Forbes is not charged in Petersen's murder, but while Buchanan was wearing a wire, Forbes admitted his gun was used in the shooting.

"I know this may take a toll on our relationship, but what if it would've been one of them," he said.

Last month in Milwaukee County Court, Buchanan testified in the trial against Carl Barrett, one of three men who were arrested and ultimately convicted in the case.

An incentive to do so was put on the table by attorney Michael Hupy.

"I offered a $25,000 reward to the first person to help the Milwaukee Police Department," Hupy said.

Buchanan was handed a check on Wednesday, but said his actions were never about money.

"This beautiful little girl was robbed of life," he said. "Somebody has to do something right. That's a five-year-old child."

Buchanan doesn't know what he's going to do with the $25,000 yet, but plans to take his time and weigh his options.

Hupy is offering rewards in two other shootings.

Za'layia Jenkins, 9, was shot and killed in a home in May.

There's also a $25,000 reward for whoever fired the shot that hit 10-year-old Alfredo Bautista. He was sleeping in his bed in September 2015 when a bullet when into his house.