Infant Ejected From Car is Found Alive in Storm Drain 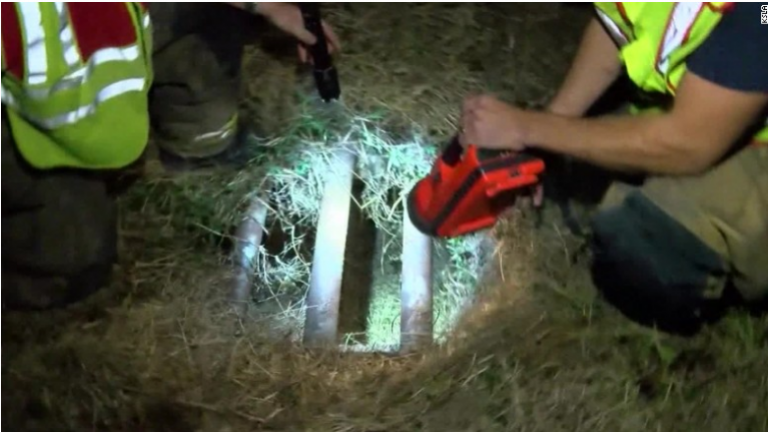 (CNN) It's a story of survival that's amazed even seasoned firefighters -- an infant ejected during a car crash ends up in a storm drain, 25-feet away. She is found alive, reaching up to rescuers and with only a scratch on her forehead.

The family vehicle flipped over and the 8-month old girl was ejected. Survivors looked for her but could not find her.

Rescuers arrived and scoured the area and zeroed in on a patch of hay in the median after hearing a sound.

To their amazement, searchers found the infant inside a storm drain -- more than two dozen feet from the roadway.

"The baby ... was sitting up and looking up at us waiting for us to pull her out," Texarkana firefighter Josh Moore said.

"Some kind of divine intervention"?

Authorities think she rolled down a hill to the drain. It took three firefighters to get her out. She had a minor injury.

"There had to be some kind of divine intervention for her to end up being OK," Moore told the affiliate.

The child was taken to a hospital along with four other people in the car. All have been released except for the driver who is still recovering.

"So many times, we go out and things aren't OK...and just during the holidays here to have a positive just feels good," fellow rescuer Texarkana Fire Capt. Charlie Smith said.

The driver of the truck was cited for an improper and unsafe lane change.