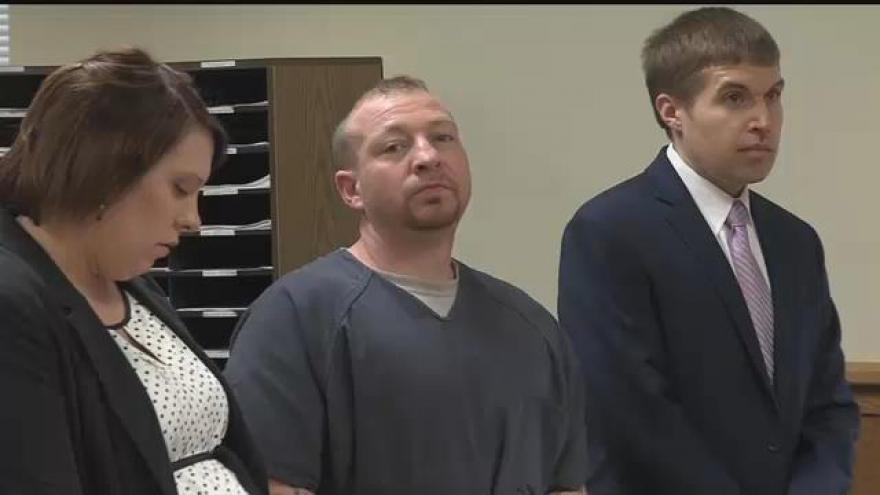 His name struck fear in many as he eluded officers by hiding in local corn fields.

The infamous 24 day run of Andy Obregon ended Tuesday when he was sentenced to life in prison. In court it was called the crime spree of a generation.

Obregon agreed to plead guilty to several charges. The most severe was the first-degree intentional homicide of Tywon Anderson as well as several eluding officer and assault charges while he was a wanted man. The defense offered up 35 years as a possible sentence. The judge chose not to set a release date, saying Obregon made a lot of people in the community feel unsafe for a long time.

\"He looked a deputy in the eye and yells to that deputy, 'you want me, come and get me' and then takes a high speed chase through Western Kenosha County,\" recalled ADA Michael Gravels. \"He really, literally terrified persons in portions in this county.\"

The sentencing brings the final chapter into place for Kenosha County Sheriff David Beth. He went looking for Obregon every night he was at large.

\"My wife didn't feel very safe. I wasn't there to help. That was a bit of a stressful situation,\" said Sheriff Beth.

The case was personal for Sheriff Beth. He knew Andrew Obregon as a boy, and he tried to set him on a straight path.

\"For a couple weeks I picked him up in the morning before school, dropped him off at school to make sure he got there,\" said Sheriff Beth.

Sheriff Beth was there for Obregon's sentencing. The former fugitive played guilty to killing Tywon Anderson, and fleeing police on multiple occasions.

\"Let him sit, and every day he sits there remember -- what you did. Remember the life you took,\" said Tahitha Anderson. She is Tywon's twin sister.

Tahitha Anderson said she was crying tears of joy, and she also knew how the Obregon's were feeling.

\"I'm sorry for their loss just as well as ours. I'm just so overwhelmed today,\" said Anderson.

He cursed at the judge after being read his life sentence

Sheriff Beth says the area is forever changed after the crime spree.

\"It's different now, the schools are different. Andrew Obregon has changed the way we live life in western Kenosha County,\" said Sheriff Beth.