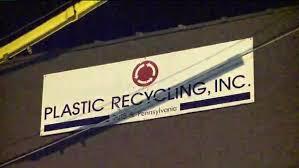 (CBSNews) INDIANAPOLIS -- Authorities say a maintenance worker has been crushed to death inside a machine that compresses and melts plastics at a recycling plant in Indianapolis.

The Marion County coroner’s office says Michael Burris died of blunt force injuries to his head, body and extremities and has ruled his death at the Plastic Recycling Inc. facility an accident.

The Indianapolis Metropolitan Police Department says the 31-year-old Burris was inside the disabled machine, trying to unclog it early Thursday when it churned back into operation.

When medics and police arrived, they found the man lying face down on the ground, CBS Indianapolis affiliate WTTV reports. He was pronounced dead at the scene.

The Indianapolis Star reports that Fred Reed, the plant’s general manager, says the machine squeezes fluffy, light-weight plastic into dense pellets that are sold to factories for the manufacture of picture frames and other plastic goods.