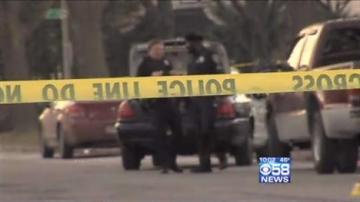 MILWAUKEE-Residents who live in the neighborhood where a suspect fired at Milwaukee Police met Wednesday night to discuss the formation of a neighborhood watch group that meets MPD criteria.

Mabel Lamb who lives a block from the shooting scene near 47th and Keefe says she was very disturbed by the chain of events.

\"A lot of times some of the crime comes into our neighborhood not that people in the neighborhood are creating a whole lot of crime.\"

For the first time the Commander Jutiki Jackson whose officers were fired upon spoke to the group of concerned residents.

\"It's actually by the grace of God that my officers weren't injured that day.\"