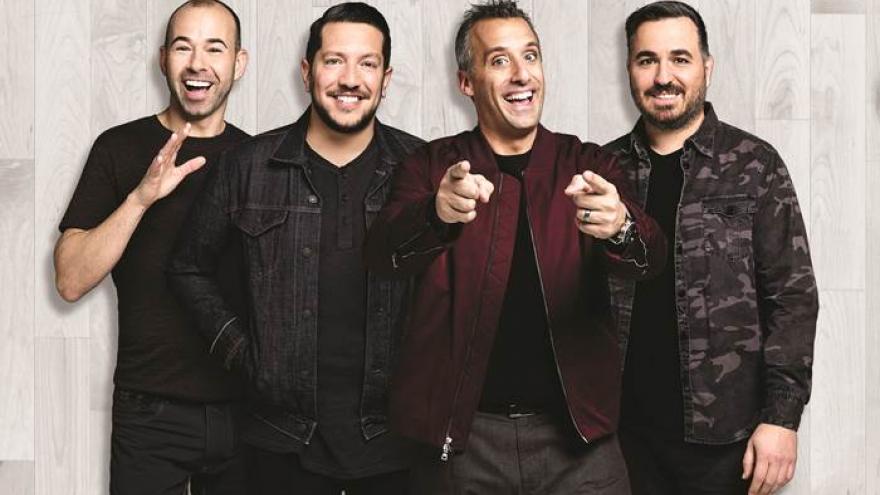 MILWAUKEE – truTV’s Impractical Jokers “The Cranjis McBasketball World Comedy Tour” starring The Tenderloins will perform at the Wisconsin Entertainment and Sports Center (WESC) on Sunday, Nov. 18, 2018. Tickets for the show at the Bucks new arena will go on sale Friday, June 15 at 10 a.m. and can be purchased here.

The Tenderloins are comprised of Joe Gatto, James Murray, Brian Quinn and Sal Vulcano, who serve as the creators, executive producers and stars of Impractical Jokers. Now in its seventh season, the show follows The Tenderloins as they coerce one another into doing public pranks while being filmed by hidden cameras. With each new season, the show continues to take dares to outrageous levels with new over-the-top hijinks.

In addition to the top-rated television show, the Troupe has toured steadily over the last four years with its highly successful “Where’s Larry?” and “Santiago Sent Us” tours playing to hundreds of thousands of fans in the U.S. and U.K., including three sold-out nights at Radio City Music Hall, a sold-out Madison Square Garden performance and five sold-out shows at London’s O2 Arena.

Natives of Staten Island, New York, Gatto, Murray and Quinn and Vulcano met while attending high school and later formed The Tenderloins Comedy Troupe in 1999. After years of performing live improv and sketch comedy shows, The Tenderloins crossed over to the web, garnering millions of views for their internet sketches, eventually creating the runaway success Impractical Jokers for truTV. Impractical Jokers is in the top five in its timeslot on cable in the U.S. and is the No. 1 show on Comedy Central in the United Kingdom and India.

The recommended age is 16+.

For more information on the WESC please visit www.wisconsinesc.com.