"I'm Gonna Beat This"; Fan Battling Cancer one of 10 Finalists for Packers Fan Hall of Fame 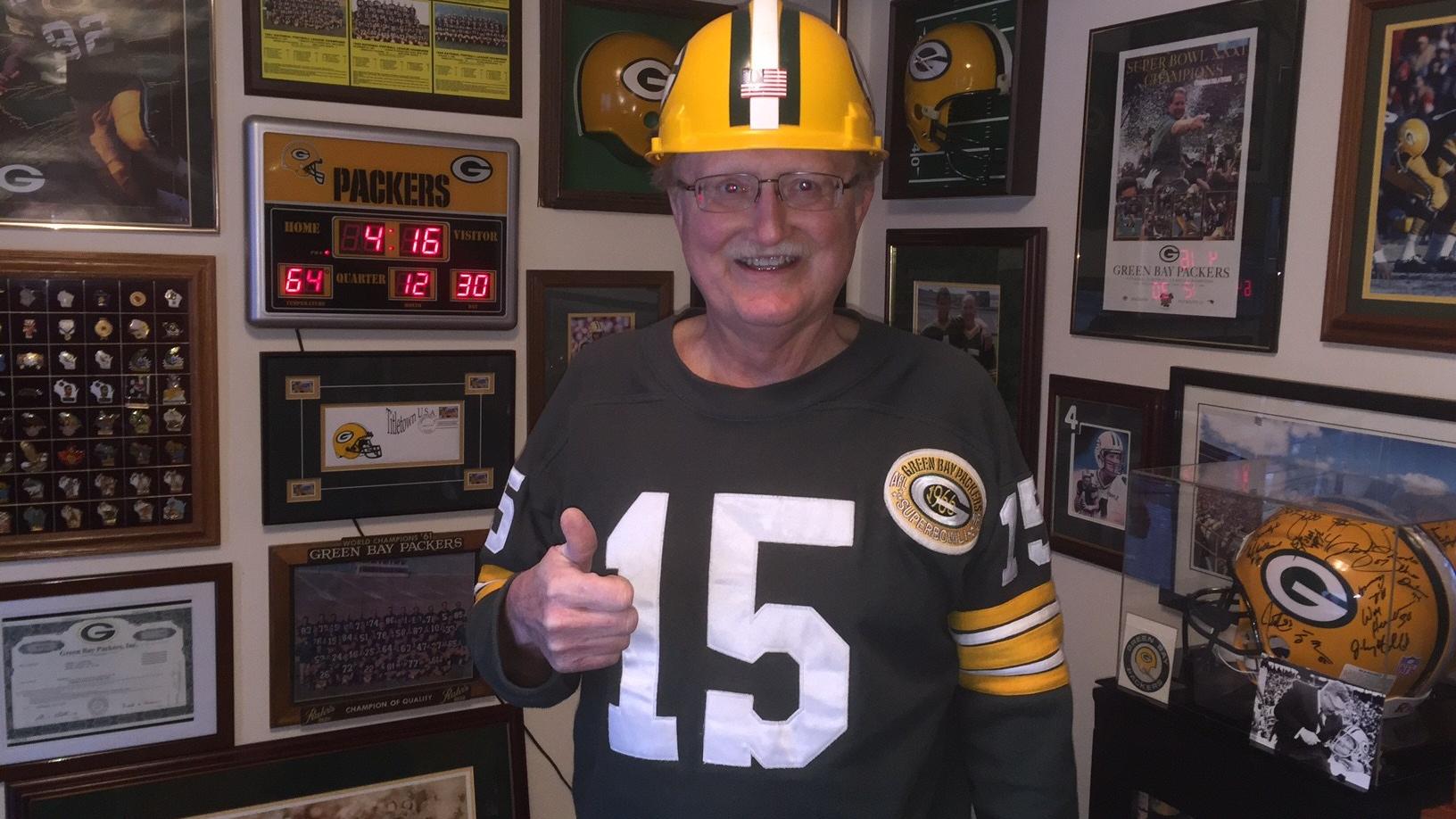 Step inside Frank Lamping's Union Grove Home, and his obsession with the Green and Gold is hard to miss.

The 60-year-old has an entire room filled with memorabilia, including game-worn Reggie White cleats, a piece of the actual goal post from the ice bowl, and a check from Vince Lombardi.

"I don't know anyone else who has it, but I've got Lambeau Field growing in my back yard," he says. "I cut it with scissors, because I don't want to get it damaged."

And if that isn't enough, Lamping shows up to every home game 3 hours early. He's not there to tailgate, instead, he lines up outside security, making sure he's the first fan into the stadium.

But is that devotion enough to make the Fan Hall of Fame? Lamping is about to find out. This week, Lamping found out he's one of ten finalists for this year's inductee.

The battle to get into the hall of fame pales in comparison to a real-life struggle he's facing. Three years ago, he was diagnosed with prostate cancer.

"Right now it's gotten into my bones, and I'm going through chemo," he says. "But we're battling it, being an underdog again, I'm going to beat this stuff and get well. I have a lot more Packer games to go to."

Lamping's favorite player is Bart Starr, an underdog in his own right, drafted in the 17th round of the 1956 NFL Draft.

"Now that I'm in the top ten, I want this. I figure you only have one shot at it."

You can vote for Lamping, or your favorite finalist, on the Packer's website.

Fans will make up 50% of the vote, which opens on Sunday January 1st.