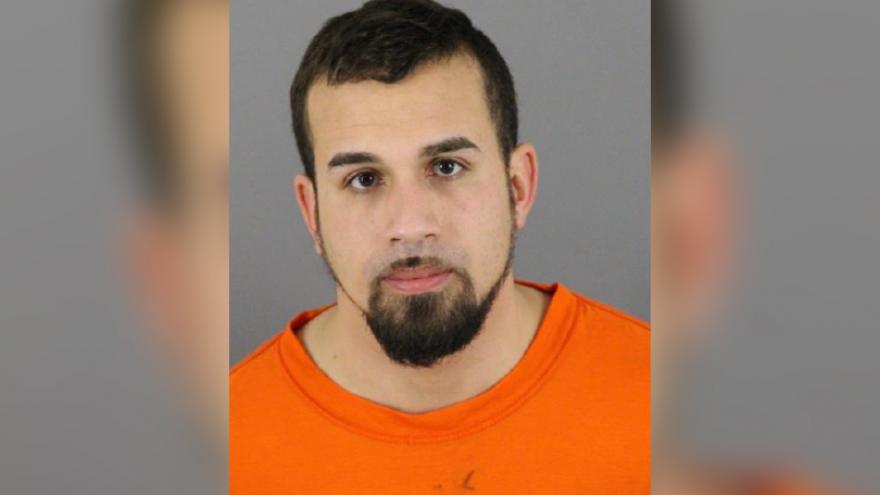 According to the criminal complaint, 29-year-old Jose Contreras came into the Taco Bell on East Moreland Blvd. around 2:45 p.m. on February 21 trying to sell make-up. The 16-year-old  victim told officers she noticed Contreras standing at the front counter and asked if she could take his order.

The victim told police Contreras showed her some of the makeup and when she asked if any of it was free, he told her “No, unless you kiss me.” She told investigators she thought he was being sarcastic or joking around and she laughed it off.

The complaint says the employee then went to the restroom and when she left, Contreras was standing in the hallway. The employee said she was pushed into the men’s bathroom where Contreras touched her inappropriately over her clothing and tried to kiss her several times. The complaint says the victim told the man she was minor and told him to stop over and over. She also said she repeatedly tried to leave the bathroom but couldn’t because Contreras was blocking the door and pushed her back, forcing her to be stuck in the bathroom until he eventually left.

The employee then followed Contreras out and ran to a nearby store where she reported the incident to her mother. Both the employee and her mother returned to the Taco Bell and contacted police.

According to the complaint, Contreras told police during an interview that he admitted he was at the Taco Bell on February 21 and remembered a cute girl. He initially denied touching the victim but later admitted saying “If you don’t want the make-up, I’ll give you a kiss for free” and said he kissed the girl on the cheek.

Contreras is charged with false imprisonment and fourth-degree sexual assault.