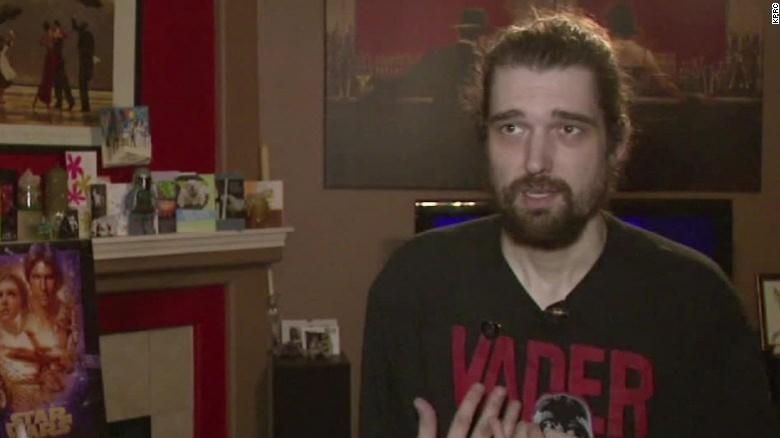 (CNN)Daniel Fleetwood, a "Star Wars" fan whose dying wish was to see the upcoming movie, died this week.

"He is now one with God and with the Force," his wife, Ashley Fleetwood, wrote on her Facebook page Tuesday. He died in his sleep and in peace, she posted.

Fleetwood, a 32-year-old "Star Wars" aficionado who had terminal cancer, got the chance to see an unedited version of "Star Wars: The Force Awakens" on Thursday, a Disney representative confirmed.

All involved were happy to make it happen, the rep said.

The screening was the result of an online campaign, #ForceForDaniel, that received support from "Star Wars" actors Mark Hamill, Peter Mayhew and John Boyega.

Fleetwood had spindle cell sarcoma, a rare form of connective tissue cancer, and was told in July that he had two months to live, according to CNN affiliate KPRC.

A "Star Wars" fan since childhood, he wanted to see the new film before he died.

The movie will be released to the public December 18.