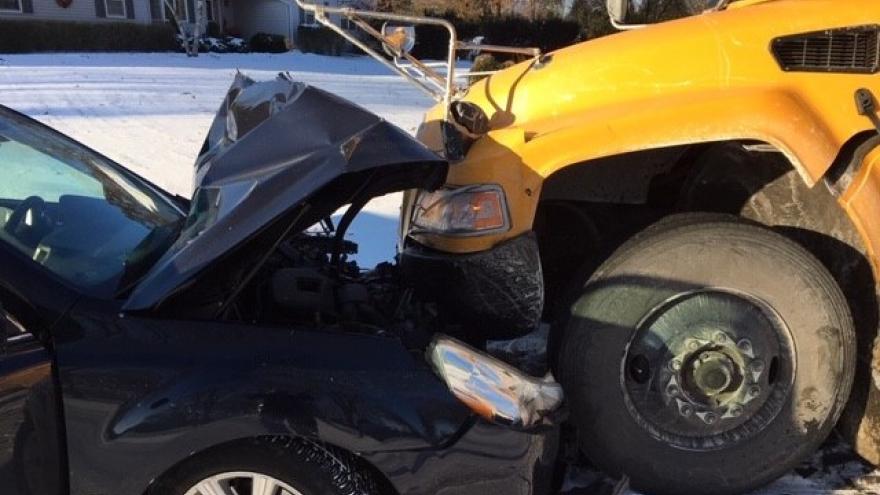 According to the Dodge County Sheriff's office, a vehicle driven by a 16-year-old from Beaver Dam, lost control on a snow and ice-covered Niblick Road, crossed into the oncoming lane and struck the school bus.

There were ten Prairie View Elementary School students on the bus and the driver.

All the students were taken to the elementary school on a replacement bus.

Once at the school, officials say the students were evaluated by nursing staff where some reported scrapes and bumps. Parents of the children were contacted and they all went to class after getting checked out by the nurse.

Weather and road conditions were a factor in the crash. Assisting the Dodge County Sheriff’s Office at the scene was 10-51 Towing service.