‘I’m Ashamed’: Woman claims eyebrows were burned off at salon 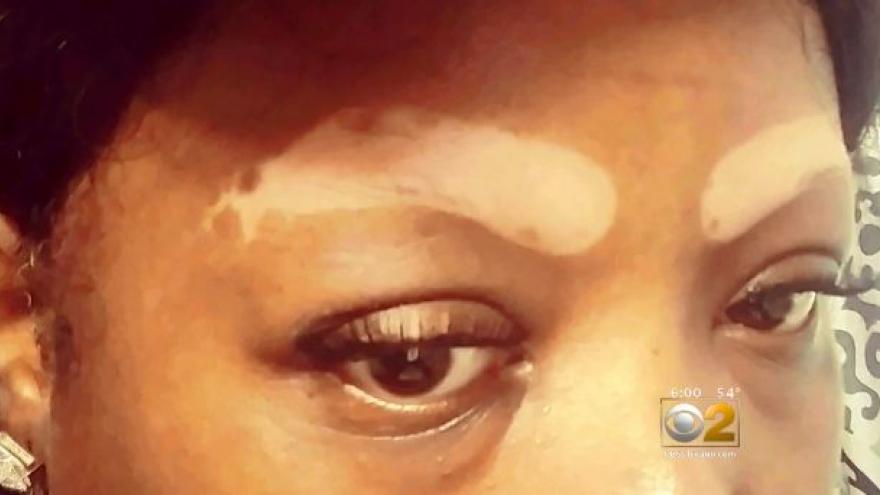 CHICAGO (CBS) — A woman who says she was scarred at the salon says it happened to her during a routine eyebrow waxing.

A confident Destiny Wells poses for the camera.

“I used to be very photogenic and loved to take pictures,” said Wells.

But she says she’s been hiding from cameras ever since she walked into this salon in October of 2016 to get her eyebrows waxed.

Tina Nguyen is the owner of the salon. CBS 2 watched her wax the eyebrows of a customer.

Wells was too embarrassed to appear on camera.

She spoke by phone at her attorney’s office and explained Nguyen put hot wax on her eyebrows and ripped it off with tape.

“I felt a little sting,” said Wells who added that Nguyen removed too many hairs and used black dye.

“She put it across my eyebrows to make it fill in, to make it look like the hair was still there where she made the mistake,” said Wells.

“It pussed up. my face was swollen,” said Wells. “I was crying. I went right up there to nail shop to confront her.”

Wells says Nguyen put some ointment on her eyebrows and sent her home.

A doctor told her her skin had been burned and her eyebrows never grew back.

Wells is suing Nguyen and the salon. CBS 2 showed Nguyen the lawsuit. She says Wells was never a customer.

Wells wants to warn other women.

“(To) let them know to be careful and look and see what these people are doing,” said Wells. “Don’t let them do anything to you so this won’t happen.”

Wells needs plastic surgery to repair her eyebrows but it will cost several thousand dollars and she says doesn’t have the money.