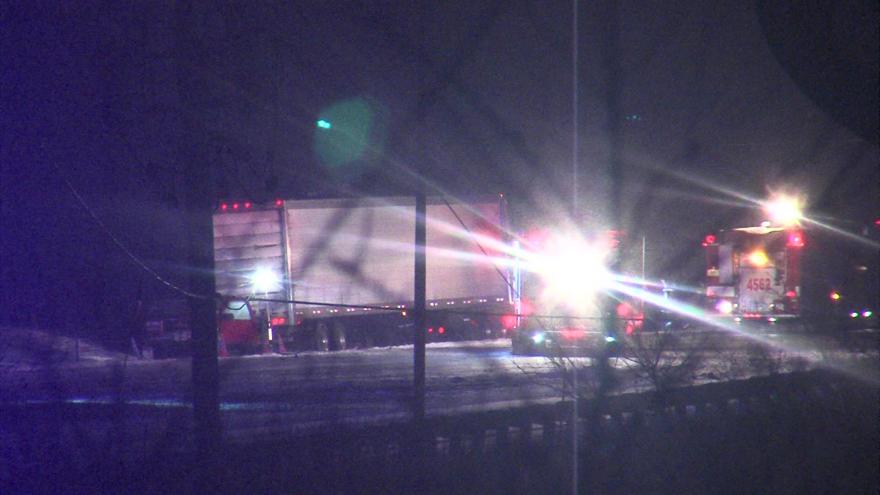 WAUKESHA COUNTY (CBS 58) -- One person is critically injured following a crash in the City of Delafield late Monday night.

According to the Waukesha County Sheriff's Office, a pick-up truck was stopped in the westbound lane of Interstate 94 at State highway 83 around 11: 57 p.m.

The driver and only person in the pick-up truck, a 59-year-old man from the City of Greenfield, was critically injured and taken to the hospital. Three others had minor injuries.

The westbound lanes of the highway were shut down for several hours following the crash. The incident remains under investigation.

WAUKESHA COUNTY (CBS 58) – According to the Wisconsin Department of Transportation, the highway is reopen.

The Waukesha County Sheriff's Department says there was one significant injury and three other minor injuries as a result of the crash.

WAUKESHA COUNTY (CBS 58) – All westbound lanes of Interstate 94 are blocked near Wisconsin Highway 83 in Waukesha County due to a crash.

According to the Wisconsin Department of Transportation, the crash happened around 11:57 p.m. Monday.

Authorities say the crash involves multiple vehicles. There is no word on cause or injuries at this time.